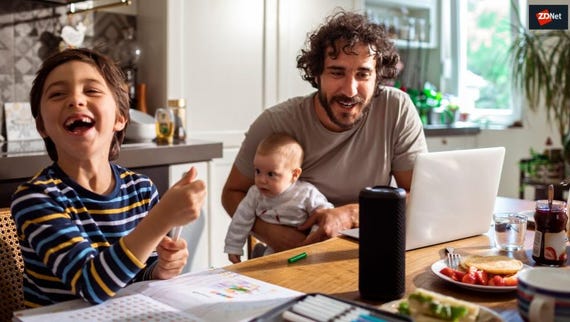 A joint project between five Australian universities, called AusKidTalk, has been launched to improve the performance of voice recognition systems when being used by children.

As part of the project, they aim to build a database of Australian children's voices by recording samples of typical speech, including the repeating of words, digits, and sentences, as well as disordered speech such as unscripted storytelling spoken by 750 children aged between three to 12.

UNSW School of Electrical Engineering and Telecommunications senior lecturer Beena Ahmed explained that up until now, speech recognition software, which underpins virtual assistant technologies such as Google Assistant, Alex, and Siri, have always relied on samples of adult voices and the accuracy of these systems had been poor when it came to interacting with children.

"The main reason for this is because children's speech is quite different from adults' speech," she said.

"Children's language skills aren't as sophisticated as adults'. They might mispronounce or leave sounds or words out, or change the expected order of words. Then there are physiological differences -- their vocal tract isn't fully developed, and until they hit puberty, they speak in much higher pitches. All this makes their speech very different from adults and therefore harder for speech recognition systems to process."

Ahmed added that by improving speech recognition systems, it could be used to potentially detect if a child was encountering speaking difficulties, as well be used as a tool to help provide immediate and ongoing feedback in speech training.

"Speech therapy is a very costly business," she said.

"You've got parents spending up to AU$200 for a session with a clinician, and still having to do a lot of home practice that the clinician can't monitor.

"Another problem is that parents can also find it hard to provide feedback themselves, because they're not properly trained or because they're already tuned to understand their kids in cases where others might not."

She foresees the potential of these systems being used for education too.

"A lot of schools rely on getting parent volunteers to listen to children doing their reading in early education. But in schools that may have trouble getting enough parent volunteers, a child could read to a tablet or computer which could listen and correct them as they went," Ahmed said.

Following the recording of the samples and the integration of them into voice recognition systems, an open-source database will be made available to other researchers, including linguists, psychologists, and engineers, Ahmed said.

The project is expected to be completed by June 2021.

A soft wearable device to simulate the sense of touch and funding from the US Department of Defense to progress work on using VR to ease nerve-related pain following spinal cord injury.

University says the degree will build a quantum workforce for Australia.

The cloud-based data lake has also helped democratise access to data at the university.

Meanwhile, D-Wave Systems has announced an expansion of its Leap service to India and Australia, allowing access to quantum computing in the cloud.

DJI is setting up a scholarship fund for undergraduate students and will enable students to participate in its annual robotics camp.