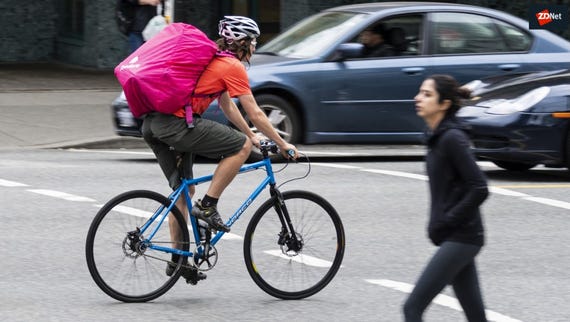 Foodora will wrap up its Australian operations by the end of the month amid accusations that it's abandoning its obligations to workers owed back pay.

The company will cease operations on August 20 to focus on markets with "higher potential for growth".

The Fair Work Ombudsman took the food delivery company to the Federal Court in June, alleging that two Melbourne bike riders and a Sydney driver were classed as "independent contractors" when they did the work of full-time employees. If found in breach of the Fair Work Act, the company faces penalties of up to AU$54,000 per contravention.

"There has been broad community and academic debate about the status of 'models' using smartphone-driven technology as a means for deploying a workforce that delivers food to consumers from restaurants and fast food outlets," Fair Work Ombudsman Natalie James said at the time.

"The only way to answer the question of whether the workers delivering the meals are employees or 'independent contractors' is for someone to ask a court to consider the specific 'relationships' between a company and its workers."

Another rider appealed to the Fair Work Commission, saying he was unfairly dismissed after speaking out over low pay and poor conditions for delivery riders.

His campaign attracted the attention of the Transport Workers Union, which on Thursday accused Foodora of abandoning Australia while owing millions of dollars in back pay.

"Foodora would rather pull out of Australia and leave thousands of riders without work rather than pay them the millions of dollars they owe. Ever since they arrived in Australia, Foodora, like other food delivery companies, has denied its riders fair rates, superannuation, workers compensation, annual leave, the right to collectively bargain, and even forces them to work shifts for no pay at all," TWU national secretary Tony Sheldon said.

"It is imperative that Foodora pays compensation to its riders. It is a disgrace that it has given them notice of just one week of 'normal' work. These people have rent, bills, and tuition fees to pay."

Sheldon said the federal government had "invited" eighteenth-century working conditions into the community, and was standing by as the company left.

"The government's actions are sadly not surprising, given the Workplace Minister Laundy is on the record as saying the on-demand economy is 'working exactly as it was designed to function'," he said.

Foodora denied the accusations, noting it is divesting out of France, Italy, and the Netherlands at the same time.

The company says it will continue to deal with its legal battles in Australia.

Foodora is facing claims of unfair dismissal in front of Australia's Fair Work Commission this week ahead of a Federal Court case dealing with its alleged underpayment of workers.

Whereas Uber appeared for years to conquer almost all before it, the following wave of gig economy proponents are finding the going much tougher as governments react quicker.

The 5 factors driving workers away from the gig economy (TechRepublic)

Most people are attracted to the freedom and flexibility of the gig economy, but these five factors may change your mind.