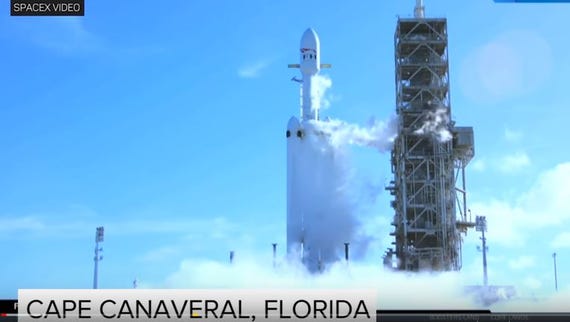 Vodafone is set to do something on the Moon that it can find problematic in certain parts of Sydney: Set up a 4G connection for HD video streaming.

PTScientists is the main driver behind the effort to have the first privately-funded Moon landing, set to launch on a SpaceX Falcon 9 rocket from Cape Canaveral in 2019.

As part of the mission to inspect NASA's Apollo 17 lunar roving vehicle that was left on the Moon during the last manned mission to it in December 1972, a pair of Audi rovers will be connected by an LTE connection provided by Vodafone Germany and Nokia Bell Labs back to a base station.

Nokia said its Ultra Compact Network will be the lightest ever developed, and weigh less than one kilogram, putting it in the same range as a bag of sugar.

"Vodafone testing indicates that the base station should be able to broadcast 4G using the 1800MHz frequency band and send back the first ever live HD video feed of the Moon's surface, which will be broadcast to a global audience via a deep space link that interconnects with the PTScientists server in the Mission Control Centre in Berlin," Nokia said in a statement.

CEO and founder of PTScientists Robert Boehme said the mission was a first step for sustainable exploration of the solar system.

"In order for humanity to leave the cradle of Earth, we need to develop infrastructures beyond our home planet," he said. "The great thing about this LTE solution is that it saves so much power, and the less energy we use sending data, the more we have to do science."

This month, SpaceX launched its first two Starlink internet satellites into orbit. The Starlink plan is to create a constellation of around 12,000 satellites to provide broadband over the planet.

Earlier in February, SpaceX had the most successful launch of its Falcon Heavy rocket, which sent a cherry-red Tesla into a solar orbit that would go out as far as the asteroid belt.

NASA's unsung heroes: The Apollo coders who put men on the moon

Learn how pioneering software engineers helped NASA launch astronauts into space, and bring them back again -- pushing the boundaries of technology as they did it.

Amazon's next challenge: the moon

We may dream of colonizing Mars, but in the meantime, a moonbase is on the table.

The FCC chairman said he supports the program that could use space satellites to provide internet to rural communities and more.

The Desert Mars Analog Ramon Station project will teach astronauts about research and exploration on Mars.

Join Discussion for: The Moon is getting a 4G network next year