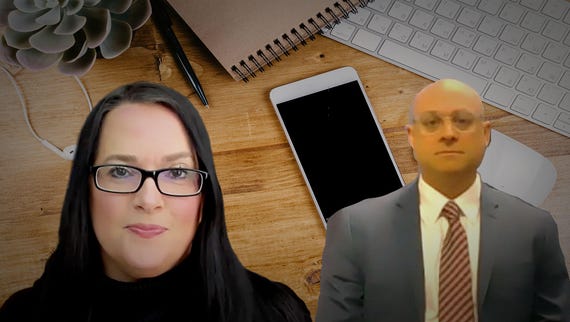 Do Not Call: How the FTC aims to reduce unnecessary calls
Watch Now

A former Palo Alto Networks IT administrator and others have been charged for participating in a multimillion-dollar scam based on insider trading.

The US Securities and Exchange Commission (SEC) announced charges levied against the ringleader, Janardhan Nellore, and his friends Sivannarayana Barama, Ganapathi Kunadharaju, Saber Hussain, and Prasad Malempati on Tuesday.

The SEC's complaint, filed in the Northern District of California, says that the five "repeatedly traded on confidential earnings information about a Silicon Valley cloud-computing company, reaping millions of dollars in trading profits."

Based in the San Francisco Bay area, California, Palo Alto Networks is a cybersecurity firm founded in 2005. The company reported revenues of $771.9 million during its last financial quarter.

Nellore, the former Palo Alto Networks IT administrator, allegedly used his employee access credentials and work contracts to gather information on the firm's upcoming quarterly earnings statements and financial health. Nellore himself would then trade based on his insider knowledge and also tipped off his friends so they, too, could reap the rewards.

Before his termination earlier this year, the complaint alleges that the insider ring made over $7 million on the stock market.

CNET: How we evaluate and review VPNs

The group did attempt to avoid detection by using codewords. Palo Alto Networks stock was referred to in text messages and emails as "baby," with directions given such as "exit baby" or "enter few baby" to take advantage of upcoming, likely stock direction.

In addition, Nellore allegedly received kickbacks in cash from some traders to avoid bank scrutiny.

However, the FBI became involved and after interviewing the former IT admin, Nellore apparently realized the game was up -- and purchased one-way tickets for himself and his family to India. He was arrested at the airport.

The five are being charged with fraud. SEC is seeking permanent injunctions, penalties, and disgorgement with prejudgment interest. Criminal charges are also being levied against Nellore and one of the traders.

"As alleged in our complaint, Nellore and his friends exploited Nellore's access to valuable earnings information and attempted to hide their misconduct using code words and carefully tailored cash withdrawals," said Erin Schneider, Director of the SEC's San Francisco Regional Office. "This case highlights our use of enhanced data analysis tools to spot suspicious trading patterns and identify the traders behind them."