Full Bio
Posted in Consumerization: BYOD on May 14, 2014 | Topic: Hardware

What's so significant about this book is that daCosta redefines machine-to-machine (M2M) communications between simple devices as "chirps". These chirps are nothing more than short feedback messages between devices such as "ON", "OFF", "START", "STOP", and similar. They contain no usable data. These communications do not need to be stored or analyzed.

As daCosta states in his Preface,

"I didn’t set out to develop a new architecture for the Internet of Things (IoT). Rather, I was thinking about the implications of control and scheduling within machine social networks in the context of Metcalfe’s Law. The coming tsunami of machine-to-machine interconnections could yield tremendous flows of information – and knowledge. Once we free the machine social network (comprised of sensors and an unimaginable number of other devices) from the drag of human interaction, there is tremendous potential for creating autonomous communities of machines that require only occasional interaction with, or reporting to, humans."

But developing a new architecture, whether it's for the Internet of Things or for programming user interfaces, is a good thing. It's the people who present ideas in new ways that truly revolutionize a field or a conventional practice. 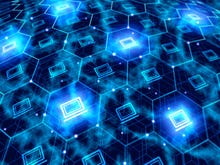 I rather like the concept of "chirps" between devices. I like the idea that machines can have conversations based on what is happening right now that doesn't involve data collection. An example of such a M2M conversation that wouldn't need to be saved is between a humidity sensor and an actuator that pumps dry air into a room to maintain a particular level of humidity. The sensor detects that the humidity in the room exceeds 32 percent and signals the actuator on an air pump that opens to allow dry air to enter the room. That "OPEN" signal doesn't need to be saved to a database.

The reasons it doesn't need to be saved are that the humidity data is likely collected and the volume of air through the pump is also likely collected. So, by knowing those two data points, you know that the sensor sent signals to the air pump switch that caused dry air to flow.

This chirp between the sensor and actuator is a real time stimulus-response action that needs no analysis or collection because the data verifies that the signals (chirps) took place.

"...traditional IP peer-to-peer relationships lock out much of the potential richness of the Internet of Things."

Mr. daCosta also introduces the idea of "throw away" sensors, which I really like. I like that we can have sensors that are single use devices. Single use and throw away sensors open up a whole new world for collecting bits of data that otherwise would be too expensive to gather.

Their uses would be limited to a single function and for a very limited amount of time. An example of such a sensor might be to measure the chemistry of someone's digestive system. The patient swallows a vitamin-sized sensor and the sensor sends feedback to a medical device that connects to the patient in order to alter the acidity and alkalinity as it passes through the digestive system. That sensor measures pH, chirps a signal ("HIGH" "LOW" "NORMAL") to the delivery system, and no human interaction is needed.

Data collected from the delivery system informs doctors and nurses of the digestive tract's environment. And the swallowed sensor's "data" isn't required.

I think you see the point and grasp the concept by now.

As you might expect, chirps do not require a heavy TCP/IP protocol or an elaborate operating environment in which to work. In fact, daCosta's most controversial statements in the book refer to not using IPv6 for such communications.

The problem is that conventional thinking and device design are all based on the arrival of IPv6.

"The conventional wisdom is that the expansive address space of IPv6 solves the IoT problem of myriad end devices. But the host-to-host assumptions fossilized into the IP protocol in the 1970s fundamentally limited its utility for the very edge of the IoT network. As the Internet of Things expands exponentially over the coming years, it will be expected to connect to devices that are cheaper, dumber, and more diverse. Traditional networking thinking will fail for multiple reasons.

First, although IPv6 provides an address for these devices, the largest population of these appliances, sensors, and actuators will lack the horsepower in terms of processors, memory, and bandwidth to run the bloated IP protocol stack.

Third, the data needs of the IoT are completely different from the global Internet.

Fourth, when there are real-time sensing and response loops needed in the Internet of Things, traditional network architectures with their round-trip control loops will be problematic.

Finally, and most importantly, traditional IP peer-to-peer relationships lock out much of the potential richness of the Internet of Things."

Part of daCosta's reasoning is directly modeled after natural processes and natural communications. For example, a bat that flies on a particular course looking for food sends out the equivalent of chirps to locate obstacles and food. The bat uses this real time data as feedback to "Fly up", to "Fly down", to "Fly left", to "Fly right", or to "Eat". 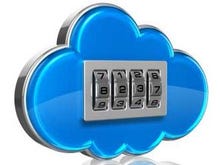 The bat doesn't send out a signal and then ponder the response by analyzing the data at length; he simply responds to changing conditions during flight. Mr. daCosta provides you better examples in the book to illustrate his point. But the conclusion is that natural systems scale to a point where he believes IoT is headed and we have to rethink what we're about to do with the technology and the data.

Rethinking the Internet of Things is available on Amazon.com as a free ebook or for $37.71 for the paperback version. At just under 200 pages, it's a fairly quick read and in language that just about anyone can understand. The author goes to great lengths to provide rich examples and supporting arguments for his postulates.

I found the book and the concepts so intriguing that I asked daCosta to connect with me for a podcast interview.

Join Discussion for: Francis daCosta rethinks the Internet of...