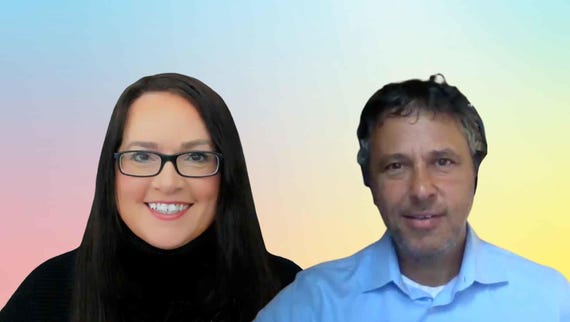 Anyone can run their own Wi-Fi network. Cellular networks have been another matter entirely, until now. With Facebook's Magma open-source distributed mobile packet software project, FreedomFi enables anyone to build low cost, private, long-range, reliable, and secure 4G LTE and 5G networks. This is done using its its beta FreedomFi Gateway hardware and software package.

Historically, building a cellular network requires a lot of proprietary hardware from incumbent network equipment manufacturers. This has made it much too expensive for individuals or companies to set up even a small scale cellular network. With the rise of Software-Defined Networking (SDN) and Network Functions Virtualization (NFV), it's become orders of magnitude cheaper to build your own cellular network.

FreedomFi Gateway is the next logical step in this networking journey. It's a commodity, x86 network appliance that offers a straightforward, highly affordable path for anyone to build their own Private LTE or 5G network using open-source software and small cell radios. The beta edition of the FreedomFi Gateway is available on the company website to open-source project sponsors for as little as $300.

The FreedomFi Gateway puts the core functions of a 4G/5G network at the network's edge. Inside the FreedomFi Gateway are the core functions needed to provide network connectivity and policy enforcement for end devices. For example, the 4G FreedomFi gateway runs the Mobility Management Entity (MME), Serving Gateway (SGW), and Packet Data Network Gateway (PGW). The FreedomFi Gateway supports the standard LTE and 5G southbound interfaces to commercial radios allowing customers to mix and match radios and avoid getting locked into a single vendor proprietary solution. Other services like the Home Subscriber Server (HSS) data are housed in the cloud orchestrator.

Besides the Gateway, you'll need the core, a radio, spectrum access, and SIM cards. Depending on the package selected, FreedomFi can provide some or all of the needed components.

For the cell core and radio, FreedomFi recommends the Baicells Nova-436q or the Accelleran E1000 for using the CBRS band 48 spectrum. In addition, Airspan and Blinq Networks also provide CBRS products.

To get the spectrum access you'll need you can work with an FCC-approved Spectrum Access System (SAS) provider such as Amdocs, CommScope, Federated Wireless, or Google, or Sony. For FreedomFi customers and Magma project sponsors, FreedomFi includes access to the CBRS spectrum band as part of the package. Finally, for SIM cards, FreedomFi recommends SmartJac.

Put it all together, and for a complete, operational 4G LTE or 5G cellular network to call your own, FreedomFi estimates it will cost you about $5,000. This network will work with almost all smartphones made in the last two years.

To be certain a given phone will work with your CBRS network, go to GSMArena.com to check if a device supports it. Simply go to the site, plug in the device model, and click on the "expand" button in the Network row to see the supported bands. CBRS is usually listed as Band 48. It's sometimes listed under a "TDD LTE" subsection.

"The 5G small cell market will be growing at 40% per year for the next 5-7 years and we'll see a lot of competition and innovation," said Joey Padden, FreedomFi co-founder and CTO. "The last thing you want to do is tie the destiny of your entire cellular network to the roadmap of a single radio vendor. FreedomFi Gateway makes it possible to build your Private LTE or 5G network on your terms, remaining vendor-agnostic and staying in control of the roadmap for your network architecture."

"The biggest benefit of 5G is not faster speed, but efficiencies unlocked through software-centric architecture. Coupled with open source and cloud-native design principles, software-driven 5G networks will have an order-of-magnitude lower OPEX [Operating expenses]," said Boris Renski, FreedomFi's co-founder and CEO. He continued, "5G is also a completely new, software-centric architecture for the network core that is much more efficient and cheaper to maintain and that is the part of 5G that we believe will result in more profound, long term benefits to the users in the form of more cost-efficient connectivity."

Renski concluded, "Ultimately, it is not about streaming videos faster and doing VR in select hotspots, but about connecting the next billion people in emerging geographies or matching private 5G economics to that of Wi-Fi for the enterprise use cases."

FreedomFi offers a couple of options to get started with open-source private cellular through their website. All proceeds will be reinvested towards building up the Magma's project open-source software code. Sponsors contributing $300 towards the project will receive a beta FreedomFi gateway and limited, free access to the Citizens Broadband Radio Service (CBRS) shared spectrum in the 3.5 GHz "innovation band."

Despite the name "good-buddy," CBRS  has nothing to do with the CB radio service used by amateurs and truckers for two-way voice communications. CB lives on in the United States in the 27MHz band.

Those contributing at $1,000 dollars will get support with a "network up" guarantee, offering FreedomFi guidance over a series of Zoom sessions. The company guarantees they won't give up until you get a connection.

FreedomFi will be demonstrating an end-to-end private cellular network deployment during their upcoming keynote at the Open Infrastructure Summit and publishing step-by-step instructions on the company blog.

This isn't just a hopeful idea being launched on a wing and a prayer. WiConnect Wireless is already working with it. "We operate hundreds of towers, providing fixed wireless access in rural areas of Wisconsin," said Dave Bagett, WiConnect's president. "We were always keen on expanding our LTE internet service, but weary of lock-in issues associated with using a proprietary network core. We are now partnering with FreedomFi to expand our LTE network using open source and are excited to start rolling out the service to our customers."