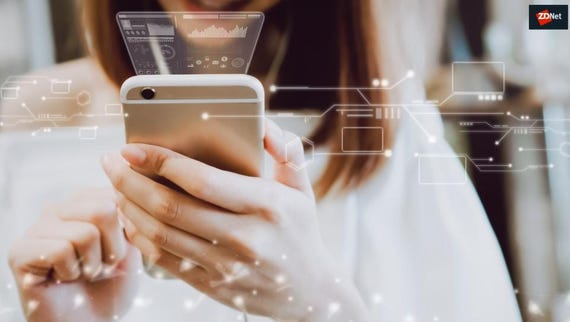 This is how tech giants track your every move
Watch Now

​Cybersecurity for kids: 'The earlier we teach this, the better specialists we'll have' A school in Estonia has started a pilot project to teach the basics of cybersecurity to teenagers.

The debate over whether and when to give kids cell phones stretches back to the dawn of smartphones. Early attempts at balancing the empowerment of mobile technology with the control of parental oversight included novel and limited feature phones (Firefly Mobile), an MVNO specifically for kids (Kajeet), and specialized handsets from major carriers (LG's Migo). More recently, we've seen parental tools for standard smartphones such as Google's Family Link (soon to be integrated in Android Q) as well as the audio-only concept Relay from Republic Wireless.

Now, Gabb Wireless, a startup braving the unforgiving world of mobile virtual network operators, is hitting Indiegogo to fund a heavily modified ZTE Android device. It has the looks and operation of a smartphone but has the feature set of a messaging device. The Gabb Phone is an LTE capacitive touchscreen phone with the appearance and specs of a prepaid entry-level smartphone, including a 5 MP rear camera. But it's capable only of calls, plain text messages (no MMS support to avoid obscene images), a calendar and calculator. As one might expect of a smartphone designed to discourage distraction among kids, there are no social apps and no games. But there's also no email, no media player, no browser and no app store.

The removal of many of the standard apps certainly helps reduce potential loopholes for unsafe content. Last year, for example, disturbing content appeared on the supposedly kid-friendly YouTube Kids website and app. Google responded with a mix of relying on trusted partners and granular parental controls. Nevertheless, the absence of any app store is the most surprising aspect of the Gabb Phone. Sure, Google Play is filled with lots of content that's not suitable for kids and even Amazon's more limited app store offers plenty of time-stealers. But why not populate its own app store with useful, educational content? Gabb argues that cutting off all new apps removes any decision burdens on parents. Removing the app store, the company reasons, removes arguments about what apps can be allowed (or at least shifts the argument to what phone should be used).

The neutered device is expected to sell for less than $100, but will work only with Gabb's own wireless service. Indeed, most other carriers wouldn't be too eager to have such a phone in its portfolio as the device has no need for a data plan as configured. On the other hand, its proposed service fee of $25 per month is a bit steep for only unlimited talk and texting. At least one of the product's backers notes a current solution for limiting their kids' access is on a phone to nominal voice and text is only $5/month.

Indeed, not all of Gabb's omissions are necessarily helpful to parents. For example, one popular feature offered by Google's Family Link app is the ability to pinpoint the location of the phone on a map and, in some similar apps, even set up alerts when certain geofences are crossed. The Gabb Phone offers no such tracking. While the company acknowledges interest in such a feature, the lack of cellular data makes implementation challenging. Gabb hasn't revealed whether its phone supports Wi-Fi or Bluetooth.

The Gabb Phone may not offer much functionality over some of the messaging phones of yore. However, those phones are far from mainstream portfolios these days and many run on older networks that may be shut down soon. And even if they were more broadly available, Gabb argues that its phone looks cooler. Still, the company will be limited to only the most restrictive of parents if it ignores a way to expand its phones' features. At some point, the goal must be to teach responsible usage; there is enough of a gap between its current approach and Family Link for it to explore.