So many researchers have claimed that social media is ruining children's lives. Researchers from the University of Oxford differ.
Written by Chris Matyszczyk, Contributor on May 16, 2019 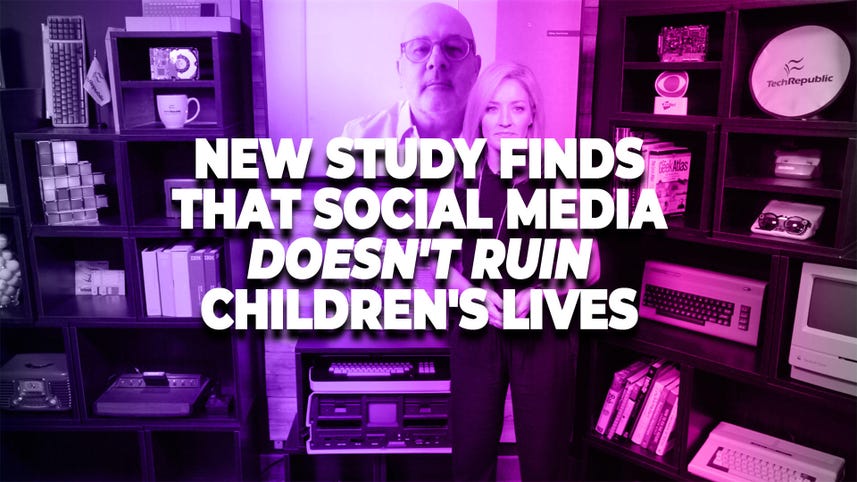 Have you stopped believing the children are our future?

Do you instead spend your days worried about what Facebook, Instagram, Snapchat and the rest are doing to children's brains, just as some former Facebook executives now worry?

Many studies have painted very dark images of how young people's brains and emotions are being diced and mashed by these viciously addictive social media apps.

However, new work emerging from the University of Oxford offers a very different view.

The researchers' skepticism was based on the Grand Theory of Chicken and Egg.

Quite. Does social media make kids -- or anyone else, for that matter -- miserable? Or do miserable people turn to social media in search of, well, something?

These researchers spoke to 12,000 UK teens and concluded that the effect of social media on their life satisfaction was tiny.

Indeed, as another of the lead researchers, Professor Andrew Przybylski told the BBC: "99.75 percent of a person's life satisfaction has nothing to do with their use of social media."

Nothing has really changed, he said. Family, friends and school life are still the dominating factors in teen happiness.

Przybylski put it quite baldly: "Parents shouldn't worry about time on social media. Thinking about it that way is wrong." For perfect measure, he added: "We need to retire this notion of screen time."

Other corporations -- Juul, for example -- can feel a new leap of joy in their marketing departments.

Teachers can feel blissfully relieved that their kids' social media use isn't creating a vast generation of miserable zombies, ready to haunt the Earth.

Mark Zuckerberg, Jack Dorsey and friends finally have at least one concern removed from their minds.

Now they can give their undivided attention to preventing the complete ruination of world democracy.

After all, it's always the adults who really need help, isn't it?

Mother's Day 2019: The best tech, gadgets, and accessories for mom