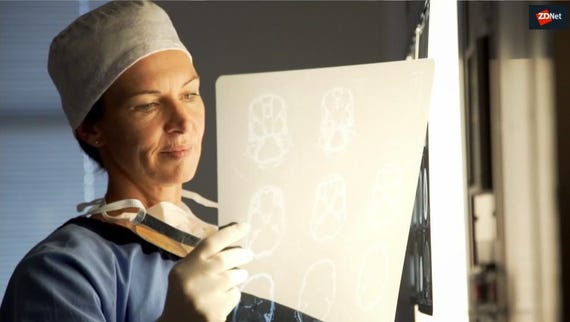 For example, the notion that those who sit for hours tapping on their keyboards or jabbing at their gaming consoles are overweight.

Even President Trump seems to believe that hackers spend a lot of time in their bedrooms and weigh 400 lbs.

A group of German and Austrian researchers, though, thought they'd look specifically at gamers and see if there was any link between heavy gaming and heavy weight.

Their study offers a charming title: Exploring the myth of the chubby gamer: A meta-analysis of studies on sedentary video gaming and body mass.

The researchers performed a meta-analysis of existing research -- published and unpublished -- to see whether this myth might have some reality attached.

What they discovered was "a small positive relationship between non-active video game use and body mass."

In adults, the relationship between higher levels of sedentary gaming and intense levels of gaming was significant. This wasn't the case with children or teenagers.

Their conclusions were, therefore, fairly stark: "These results do not corroborate the assumption of a strong link between video gaming and body mass as respective associations are small and primarily observed among adults."

Moreover, if you game all the time, eat badly and don't exercise at all I fancy you might see a touch of new-found blubber materialize on your person.

Yet the idea that those who game are necessarily larger than those who don't appears -- at least according to this study -- to be something of an exaggeration.

Of course, some of the most hallowed tech companies are delving into gaming in a forceful way.

Google has announced its Stadia game streaming service, which has excited quite a few gamers.

For its part, Apple will soon (perhaps) be offering Arcade, its subscription gaming bundle.

It might be a light relief for them to know that they're not promoting an unhealthy lifestyle.

Not directly, at least.