Listen to the podcast. Find it on iTunes/iPod. Read a full transcript or download a copy. Sponsor: VMware.

Here to tell us what this major VDI deployment did in terms of business, technical, and financial payoffs is Sascha Karbginski, Systems Engineer at DER Deutsches Reisebüro, based in Frankfurt. The discussion is moderated by Dana Gardner, Principal Analyst at Interarbor Solutions.

Here are some excerpts:

Gardner: Why were virtual desktops such an important direction for you? Why did it make sense for your organization?

Karbginski: In our organization, we’re talking about 580 travel agencies all over the country, 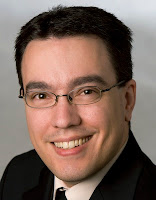 all over Germany, with 2,300 physical desktops, which were not in our control. We had life cycles out there of about 4 or 5 years. We had old PCs with no client backups.

The biggest reason is that recovery times at our workplace were 24 hours between hardware change and bringing back all the software configuration, etc. Desktop virtualization was a chance to get the desktops into our data center, to get the security, and to get the controls.

DER in Germany is the number one in travel agencies. As I said, we're talking about 580 branches. We’re operating as a leisure travel agency with our branches, Atlasreisen and DER, and also, in the business travel sector with FCm Travel Solutions.

Gardner: This is a very IT-intensive business now. Everything in travel is done though networked applications and cloud and software-as-a-service (SaaS) services. So a very intensive IT activity in each of these branches?

Karbginski: That’s right. Without the reservation systems, we can’t do any flight bookings or reservations or check hotel availability. So without IT, we can do nothing.

Gardner: And tell me about the problem you needed to solve. You had four generations of PCs. You couldn’t control them. It took a lot of time to recover if there was a failure, and there was a lot of different software that you had to support.

Karbginski: Yes. We had no domain integration no control and we had those crashes, for example. All the data would be gone. We had no backups out there. And we changed the desktops about every four or five years. For example, when the reservation system needed more memory, we had to buy the memory, service providers were going out there, and everything was done during business hours.

Gardner: What were some of the things that you had to do in order to enable this to work properly?

Karbginski: There were some challenges during the rollout. The bandwidth was a big thing. Our service provider had to work very hard for us, because we needed more bandwidth out there. The path we had our offices was 1 or 2-Mbit links to the headquarters data center. With desktop virtualization, we need a little bit more, depending on the number of the workplaces and we needed better quality of the lines.

So bandwidth was one thing. We also had the network infrastructure. We found some 10-Mbit half-duplex switches. So we had to change it. And we also had some hardware problems. We had a special multi-card board for payment to read out passports or to read out credit card information. They were very old and connected with PS/2.

Fixed a lot of problems

So there were a lot of problems, and we fixed them all. We changed the switches. Our service provider for Internet VPN connection brought us more quality. And we changed the keyboards. We don’t need this old stuff anymore.

Gardner: How has this worked out in terms of productivity, energy savings, lowering costs, and even business benefits?

Karbginski: Saving was our big thing in planning this project. The desktops have been running out there now about one year, and we know that we have up to 80 percent energy saving, just from changing the hardware out there. We’re running the Wyse P20 Zero Client instead of physical PC hardware.

We needed more energy for the server side in the data center, but if you look at it, we have 60 up to 70 percent energy savings overall. I think it’s really great. Gardner: That’s very good. So what else comes in terms of productivity?

The data is under our control in the data center, and important company information is not left in an office out there.

Karbginski: In the past, the updates came during the business hours. Now, we can do all software updates at nights or at the weekends or if the office is closed. So helpdesk cost is reduced about 50 percent.

... We're using Dell servers with two sockets, quad-core, 144-gigabyte RAM. We're also using EMC Clariion SAN with 25 terabytes. Network infrastructure is Cisco, based on 10 GB Nexus data center switches. At the beginning the project, we had View 4.0 and we upgraded it last month to 4.6.

Gardner: What were some of the challenges in terms of working this through the people side of the process? We've talked about process, we've talked technology, but was there a learning curve or an education process for getting other people in your IT department as well as the users to adjust to this?

Karbginski: There were some unknown challenges or some new challenges we had during the rollout. For example, the network team. The most important thing was understanding of virtualization. It's an enterprise environment now, and if someone, for example, restarts the firewall in the data center, the desktops in our offices were disconnected.

It's really important to inform the other departments and also your own help desk.

The desktop follows the user. If the user works in one office now and next week in another office, he gets the same desktop.

Gardner: Looking to the future, are you going to be doing this following-the-user capability to more devices, perhaps mobile devices or at home PCs?

Karbginski: We plan to implement the security gateway with PCoIP support for home office users or mobile users who can access their same company desktop with all their data on it from nearly every computer in the world to bring the user more flexibility.

Gardner: If you were advising someone on what to learn from your experience as they now move toward desktop virtualization, any thoughts about what you would recommend for them?

Karbginski: The most important thing is to get in touch with the other departments and inform them about the thing you're doing. Also, inform the user help desk directly at the beginning of the project. So take time to inform them what desktop virtualization means and which processes will change, because we know most of our colleagues had a wrong understanding of virtualization.

They think that with virtualization, everything will change and we'll need other support servers, and it's just a new thing and nobody needs it. If you inform them what you're doing that nothing will be changed for them, because all support processes are the same as before, they will accept it and understand the benefits for the company and for the user.

Listen to the podcast. Find it on iTunes/iPod. Read a full transcript or download a copy. Sponsor: VMware. You may also be interested in: