In addition to its fibre-optic broadband expansion and its 5G access via Telstra and Optus, the City of Gold Coast has announced that it is building an IoT network with NNNCo.
Written by Corinne Reichert on Aug. 27, 2018 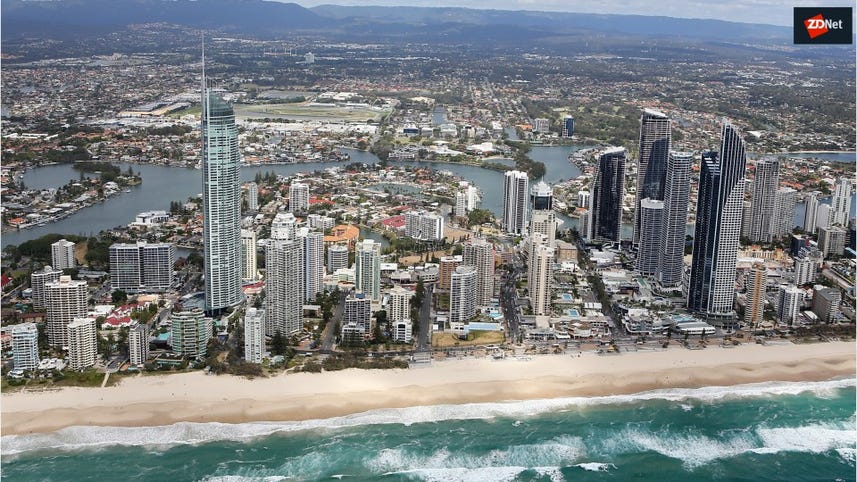 The City of Gold Coast has announced that it will be building out an Internet of Things (IoT) network covering more than 1,300 square kilometres, with plans to use the connectivity for digital water metering, waste management, and support for parks and fields.

The LoRaWAN network, being built and operated by Australia's National Narrowband Network Company (NNNCo), will be Australia's largest and is part of the city's digitisation program.

"We chose LoRaWAN technology because it supports large-scale deployments securely, reliably, and cost effectively. NNNCo have been engaged because of their proven ability to build the network and bring commercial solutions that have the potential to significantly add value to Gold Coast residents and businesses."

The network being provided by NNNCo -- which has also been chosen to build IoT networks for Newcastle and Lake Macquarie -- will lower costs across water management, Hatton added, as well as enabling early detection of any issues.

The City of Gold Coast is also building out its own fibre-optic network, last week announcing that it will be spending AU$10 million to add a 37-kilometre loop to its fibre-optic broadband network as part of its Digital City Program.

The new loop will provide coverage to Broadbeach, Burleigh, Varsity Lakes, and Robina, with the city also now investigating additional areas south and north of the city to connect at a later date.

Hatton said the fibre network -- currently a 65km network running between Helensvale and Broadbeach that cost AU$4.5 million to deploy -- will "support accelerated deployment of 5G".

"We're developing a low-latency, high-core-count fibre optic network that has the capacity to deliver the fastest internet speeds in Australia. When finished, the network will be 100 times faster than what exists today," Hatton said last week.

As a result of hosting the Commonwealth Games earlier this year, the Gold Coast is the first area in the nation to have a live 5G network courtesy of Telstra, as well as a trial 5G network from Optus that ran during the event.

"We are maximising legacy opportunities from the Gold Coast 2018 Commonwealth Games and continuing to develop the infrastructure needed to take the city into the next decade and beyond," Gold Coast Mayor Tom Tate said.

"Our vision is to be Australia's leading digital city, and continuously set the benchmark in the installation of Internet of Things devices."

The City of Gold Coast is adding more areas to its fibre broadband network under an additional loop at a cost of AU$10 million.

The Internet of Things (IoT) and why it matters (TechRepublic)

IoT-connected devices include everything from smartphones and household appliances to airplane engines and smart tools in a factory. Find out why the Internet of Things matters and where it's going in...