Full Bio
Posted in Between the Lines on February 7, 2018 | Topic: Hardware 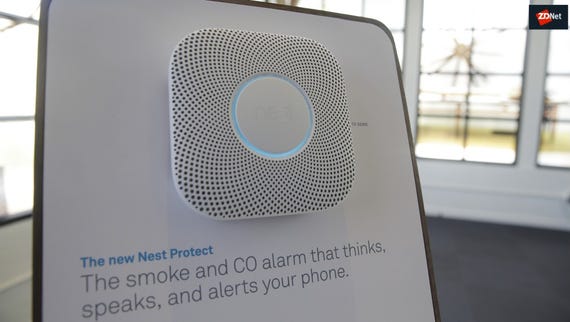 Alphabet on Wednesday announced it will fold Nest into its Google hardware team, instead of operating the smart home device maker as a separate division like it has for two years. The move aims to make it easier for Google to add artificial intelligence software like Assistant into new Nest products.

Smart Home Guide From connected light bulbs, to plant sensors, to smart locks, and beyond, smart home tech is growing and evolving rapidly. Here you'll find the latest product reviews, news, and how-tos to help you connect your surroundings to the internet in the smartest way possible.

"All of Google's investments in machine learning and AI, they can very clearly benefit Nest products. It just makes sense to be developing them together," Osterloh told CNET.

"The goal is to supercharge Nest's mission: to create a more thoughtful home, one that takes care of the people inside it and the world around it," Google wrote in a blog post. "By working together, we'll continue to combine hardware, software and services to create a home that's safer, friendlier to the environment, smarter and even helps you save money--built with Google's artificial intelligence and the Assistant at the core."

Fawaz said Google and Nest will begin co-developing products in the next two years. It also plans to offer more bundled deals for Nest and Google home devices, and may integrate Google accounts into the Nest app.

Previously, Nest operated under Alphabet's "Other Bets" group of projects.

"Given the trickle of new Nest products over four years and the gusher of Google Home hardware products, this doesn't surprise me at all," Patrick Moorhead, principal analyst of Moor Insights & Strategy wrote. "The success Amazon Echo had in the US over the holidays and at CES likely also had to do something with this move. This reorganization doesn't guarantee success given the issues with Pixel XL and Home mini and Amazon momentum, but organizes 'like' resources together which could lead to more products more quickly."

In related Google news, The Information reported Wednesday Google is working on a game streaming service that could broadcast games to be played through its cloud services. The service could launch for the Chromecast or potentially a Google-developed console, the report said.