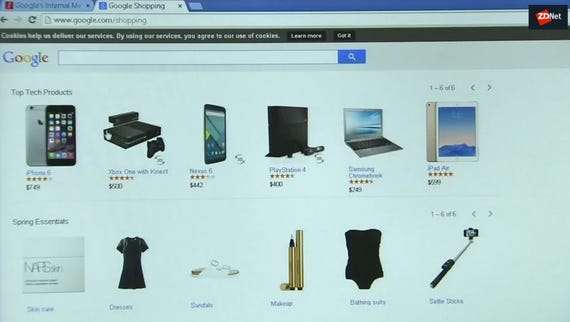 Google has been fined a record-breaking €2.42bn ($2.72bn) for breaching European Union antitrust rules by abusing its market dominance as a search engine to give an illegal advantage to its own shopping service.

The European Commission has told Google that it must end its anticompetitive conduct within 90 days or its parent-company Alphabet will face additional penalty payments of five percent of its average daily worldwide turnover, a figure which works out at about $14m a day.

Google has hinted that it will appeal against the decision, which follows a seven-year antitrust investigation.

"We respectfully disagree with the conclusions announced today. We will review the Commission's decision in detail as we consider an appeal, and we look forward to continuing to make our case," a Google spokesperson told ZDNet.

However, despite Google's protests, the European Commission has concluded that Google has used its search-engine dominance to "systematically give prominent placement to its own comparison shopping service" by always displaying them at the top of search results or highly prominently on the page.

As a result, the Commission concludes that Google has used its power to demote rival comparison shopping services in its search results, with search-engine algorithms relegating even the most highly ranked rival service down to page four of the search results, a page few web users are likely to visit.

"Google's strategy for its comparison shopping service wasn't just about attracting customers by making its product better than those of its rivals. Instead, Google abused its market dominance as a search engine by promoting its own comparison shopping service in its search results, and demoting those of competitors," said Margrethe Vestager, European commissioner in charge of competition policy.

"What Google has done is illegal under EU antitrust rules. It denied other companies the chance to compete on the merits and to innovate. And most importantly, it denied European consumers a genuine choice of services and the full benefits of innovation," she added.

The €2.42bn fine dwarfs the previous record financial penalty issued by the European Commission, a €1bn fine issued to Intel over unfair market domination practices. The EU says the fine issued to Google is in accordance with Commission guidelines on fines and takes account of the duration and gravity of the infringement.

This search-engine antitrust investigation isn't the only issue where the European Union is putting Google under the spotlight. The European Commission is also investigating whether Google unfairly bans competitors from websites that use its search and advertising services.

A third case involves an investigation into how Google limits phone providers that use its Android operating system and its Google Play app store.

More on regulation and Google