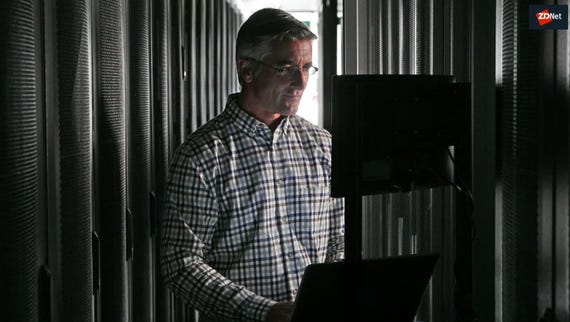 Google is putting an artificial intelligence system in charge of its data center cooling after the system proved it could cut energy use.

Now Google and its AI company DeepMind are taking the project further; instead of recommendations being implemented by human staff, the AI system is directly controlling cooling in the data centers that run services including Google Search, Gmail and YouTube.

Data centers use vast amount of energy and as the demand for cloud computing rises even small tweaks to areas like cooling can produce significant time and cost savings. Google's decision to use its own DeepMind-created system is also a good plug for its AI business.

Every five minutes, the AI pulls a snapshot of the data center cooling system from thousands of sensors. This data is fed into deep neural networks, which predict how different choices will affect future energy consumption.

The AI system then identifies tweaks that could reduce energy consumption, which are then sent back to the data center, checked by the local control system and implemented.

Google said giving the AI more responsibility came at the request of its data center operators who said that implementing the recommendations from the AI system required too much effort and supervision.

Google has put safeguards in place to make sure the AI will behave as intended. For example, for every potential action, the AI is required to calculate its confidence that this is a good action. Actions with low confidence are eliminated from consideration.

Potential actions calculated by the AI are checked against an internal list of safety constraints and local data center operators are able to take control if they need to.

Google has been using various forms of AI in its data centers for a number of years. It started by exploring how to use AI to make these mega data facilities more energy efficient using a system of neural networks trained on different scenarios. The deep neural networks were trained on historical data that had already been collected by thousands of sensors within the data center -- data such as temperatures, power and pump speeds.

The neural networks were trained to work out the average future Power Usage Effectiveness (PUE), the ratio of the total building energy usage to the IT energy usage, while two other neural networks were trained to predict the future temperature and pressure of the data centre over the next hour, to ensure that any tweaks did not take the data center beyond its operating limits.

The autonomous AI control system initially led to a 12 percent improvement, which over nine months of operation increased to around a 30 percent improvement, with further improvements expected over time as its decisions are improved by having more training data. Google said in the long term, there is potential to apply the technology in other industrial settings.

Rest assured that cloud giants are going to launch services designed to tackle AI problems that multiple enterprises and industries need to solve.

Ian Hardenburgh describes Google Cloud Storage, which has been flying under the radar while Google Drive grabs headlines. Here is what the enterprise-class storage platform can do for you.

AI is artificial, but it isn't very intelligent. What if you could rent an artificial rat brain, or even better, an artificial human brain that could learn much faster?

Google location tracking: Turn it off for real (CNET)

A new report indicates that even when you disable Location History, your phone might still be storing location data. Here's how to stop it.

Join Discussion for: ​Google just put an AI in charge of keeping...