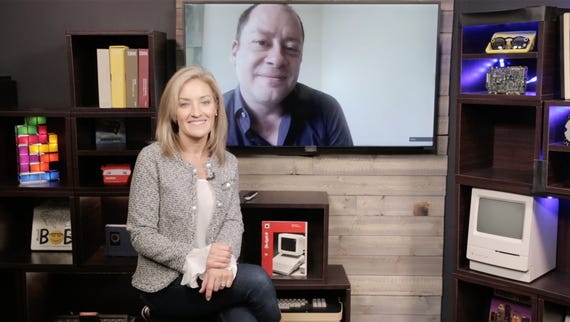 Google has announced the acquisition of Typhoon Studios, a Canadian game developer now destined to join the Stadia Games and Entertainment team.

Financial details have not been disclosed.

In a blog post on Thursday, Jade Raymond, VP and Head of Google Stadia Games & Entertainment, said the Typhoon Studios team, responsible for the development of upcoming co-op Journey to the Savage Planet, will continue to work on the game's content until its launch on January 28, 2020.

Launched in 2017, Typhoon Studios is a small indie game development team of 26, co-founded and led by Reid Schneider and Alex Hutchinson.

Schneider has previously worked on Splinter Cell and Batman, whereas Hutchinson counts design and creative roles connected to The Sims 2, Assassin's Creed III and Far Cry 4 under his belt, as noted by Gamesindustry.biz.

Raymond told the publication that the co-founders have "assembled an AAA team," and this talent pool will give Google a "head start" in the games development industry.

The company has previously raised $225,000 through one seed round, with investment provided by Makers Fund.

"We are thrilled to be joining the team at Google to work with the Stadia Games and Entertainment team, making great games with great people!," the studio said.

The Typhoon Studios, led by its co-founders, will join the Stadia Games and Entertainment studio, which is based in Montreal, Canada.

The studio was announced back in October, with Raymond describing the venture as a place to create "exclusive, original content across a diverse portfolio of games in all your favorite genres."

"Working with some of the best game creators in the world, we've learned that a successful studio comes down to great people who have a vision to execute on the best ideas," Raymond says. "We're always looking for people who share our passion and vision for the future of gaming."

TechRepublic: Want a job in video gaming? Look to these skills

Google is not the only company exploring the potential revenue streams cloud gaming has to offer. Earlier this week, Facebook confirmed the acquisition of PlayGiga, a Spanish startup focused on cloud-based gaming subscriptions.

The deal is believed to be worth roughly €70 million ($78 million).

Join Discussion for: Google snaps up Typhoon Studios to work on...