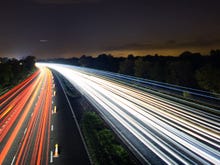 Google has teamed up with major car manufacturers to bring the Android mobile operating system to vehicles.

Google will work with car manufacturers to "enable new forms of integration with Android devices", and on "adapting Android for the car to make driving safer, easier and more enjoyable" Patrick Brady, director of Android engineering, wrote in a blog post on Monday.

"Wouldn't it be great if you could bring your favorite apps and music with you, and use them safely with your car's built-in controls and in-dash display?" Brady said.

Hyundai and Honda already belong to Apple's iOS in the Car fellowship and Hyundai and Kia are working with Google on Android-based navigation systems .

The web standards body W3C is also looking at how to create specifications for web APIs that would provide access to the raft of data collected by electronic systems inside modern cars.

The OAA has pledged that the first cars to use the Android platform will hit the road in 2014.