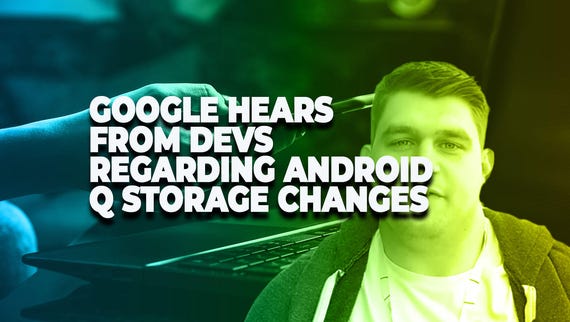 Google is giving all Android app developers until September 31, 2021 to adopt its in-app billing system for apps distributed on the Google Play Store used to sell digital goods. The company also says the same rules will apply to its own apps.

The move is designed to stop the small share of some very popular apps, such as Netflix, Spotify, and Epic, from bypassing Google Play in-app billing and the 30% cut Google takes from those transactions.

As Google explains in a blogpost, it's always required developers who distribute their apps on Google Play to use its billing system if they offer in-app purchases of digital goods, such as subscriptions. And the company says the new policy enforcement is applicable to less than 3% of developers with apps on Google Play.

"We have clarified the language in our Payments Policy to be more explicit that all developers selling digital goods in their apps are required to use Google Play's billing system," Google explained.

The incoming payments policy update requires that developers use Google Play's billing system if they charge for apps and downloads.

Apps distributed on Play also must use Google's billing system if they charge for features or services, including any extra app functionality, digital content or goods.

These items include all subscription services, virtual currencies, extra features of a game, an ad-free version of an app, and cloud software and services.

But Google insists its new enforcement won't affect most developers with apps on the Play Store and is giving the portion of affected developers a year to integrate Google's billing system.

"Less than 3% of developers with apps on Play sold digital goods over the past 12 months, and of this 3%, the vast majority (nearly 97%) already use Google Play's billing," Google notes.

"But for those who already have an app on Google Play that requires technical work to integrate our billing system, we do not want to unduly disrupt their roadmaps and are giving a year (until September 30, 2021) to complete any needed updates."

SEE: Google Pixel 4a review: Excellence at an affordable price

Google is also planning changes in Android 12, which is due out next year, to make it easier for Android users to pick a different app store instead of Google Play. This should help address scenarios like Epic Games' stand-off with Apple and Google and their respective app stores. Apple and Google removed Epic's popular Fortnite app from the stores this August.

"This openness means that even if a developer and Google do not agree on business terms the developer can still distribute on the Android platform. This is why Fortnite, for example, is available directly from Epic's store or from other app stores including Samsung's Galaxy App store," Google notes.

Google adds that it will require its own apps that don't currently use the Google Play billing system to comply with the deadline too.

Finally, Google notes that it doesn't stop streaming game apps like Microsoft's xCloud service, which Apple has banned from the App Store and iOS along with Google's Stadia. Nor does Google restrict developers from communicating with customers outside an app.

Join Discussion for: Google to Android developers: Your apps must...