Users will be able to understand if images lead to pages with products for sale, recipes, or video content.
Written by Aimee Chanthadavong on Feb. 26, 2020 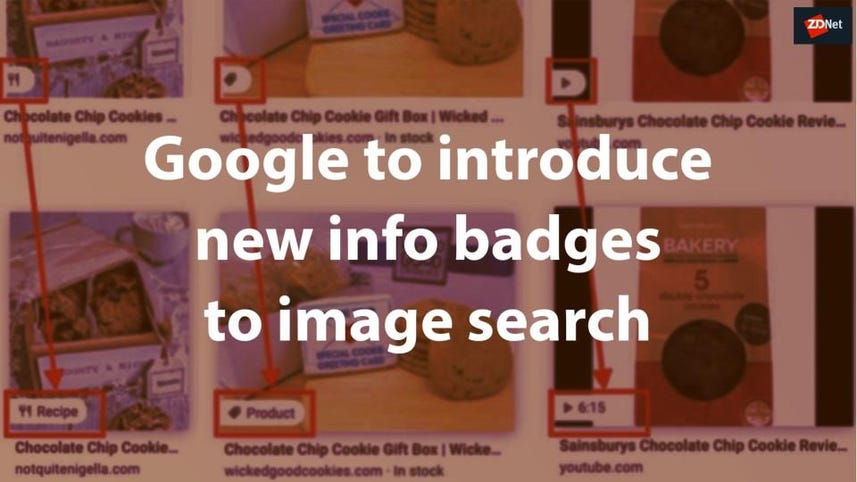 Google has announced that it will be making updates to the way image searches are displayed.

The company tweeted that later this week, Google Images will show new icons on the desktop, providing users with additional information to indicate if images lead to pages with products for sale, recipes, or video content.

Google added that hovering a mouse over the icons would expand the icons with additional text or the length of a video.

Meanwhile, image dimensions that appear when a mouse hovers over an image thumbnail will be removed.

"These can still be accessed by mousing-over the image in the information display that appears when a thumbnail is selected," Google said in the tweet.

Google is also currently beta testing a new way for sites to display licensing information about content that appears in Google Images.

As part of the beta testing, a licensable badge on image thumbnails will be displayed in Google Images if images specify there is licence information available on a website.

"This tells people that licence information is available for the image, and provides a link to the licence in the Image Viewer, which offers more detail on how someone can use the image," Google explained on its developers page.

See also: How to use Google Drive as an Android progressive web app (TechRepublic)

These latest updates from Google follows on from the company announcing yesterday that it launched five additional languages for Google Translate, bringing its total number of supported languages to 108.

Google has launched the new Translate languages for 1% of users and plans to ramp it up to complete coverage soon after.

Earlier this month, the tech giant also announced updates to Google Maps on both Android and iOS.

Coinciding with its 15th birthday, the app will feature five easy-to-access tabs: Explore, Commute, Saved, Contribute and Updates. The new Updates tab offers a feed of trending spots from local experts and publishers, as well as a way to directly chat with businesses.

This is the third Chrome zero-day discovered being exploited in the wild in the past year.

Use Google services a lot? Time to review your privacy settings

If you use Google services, such as search, YouTube, or Gmail, then Google is collecting and storing a lot of information about you and your browsing habits. The good news is that Google offers a Privacy Checkup Tool.

Of the many thousands of Google Chrome extensions out there, these are my absolute all-time favorites.

The update gives us a glimpse at the next version of Android, the company's mobile operating system.