Google has stepped up the features and intelligence of Google Photos, even bringing ancient prints along for the ride. But it's also creating a picture of your behavior.
Written by Ross Rubin, Contributing Writer on Nov. 16, 2016

The premise of Google Photos is simple enough: one place for all your photos, resulting in a simple way to punch them up or share them. The service's unlimited -- albeit reduced quality -- storage has been a game changer for preserving memories.

But Google started hinting at Photos' promise when it introduced tools to simply (or automatically) weave photos into sets of expression, such as collages, movies, or montages that string together photos and clips of video to music. It's similar to what was possible for years with Apple's Instant iMovie feature -- except nobody had time to create that.

Google's AI, however, does have time. Indeed, all the features and complements that Google announced for Photos this week leverage machine learning in different ways. And, of course, they all incentivize more usage of Google Photos, which allows Google to learn more about you, which helps its AI and machine learning. This is the machine learning-engagement cycle I wrote about at Google's recent hardware launch push at work.

The new functionality falls neatly into the capture-edit-share flow of photography:

PhotoScan: A companion app to Google Photos, PhotoScan allows you to bring prints from the times of the ancients before smartphones into Google Photos. Leave no snapshot unscanned. Of course, you could always just scan or take a photo of a photo, but PhotoScan removes the glare that's typical when doing the latter. Unfortunately, it's not a fast process, as you have to align the smartphone to the photo, and then hover over four guiding circles until the process is complete. It opens a door, however, to some maker contraption that might automate the process. Google Photos can identify faces in scanned photos just as well as ones captured digitally.

Enhanced editing: Google says that its new editing capabilities run the gamut from an improved one-button auto-retouch to sliders for adjusting all the usual photo settings (e.g., exposure, highlights) and a few novel ones. It won't go back and retroactively improve photos that you've already auto-enhanced, though. The company says it developed its new effects by studying diverse genres such as fashion photography and nature photography.

Enhanced sharing: Without a strong presence in social networking, Google has seen much of the photo sharing volume move to Facebook and photo messaging apps such as Instagram and Snapchat. But the company still has a few tricks up its sleeve, notably in the scenario of pooling photos from events (the ones that got away). Now, when sharing photos with friends who were at a party or other shared event, Google Photos will suggest photos on the recipient's phone to add to the album. Google offers that suggesting photos to share may be in the pipeline.

These additions, plus new themed movies that Google Photos will automatically create of, say, a sleeping baby, aren't enough to sway those who haven't bought into Google Photos. But the service's fundamentals are already compelling; these new features just continue to provide incentive to keep using it.

With photos such a personal medium that can reveal so much about one's tastes and, indeed, one's life, Google has plenty of incentive to press on and feed its knowledge machine. 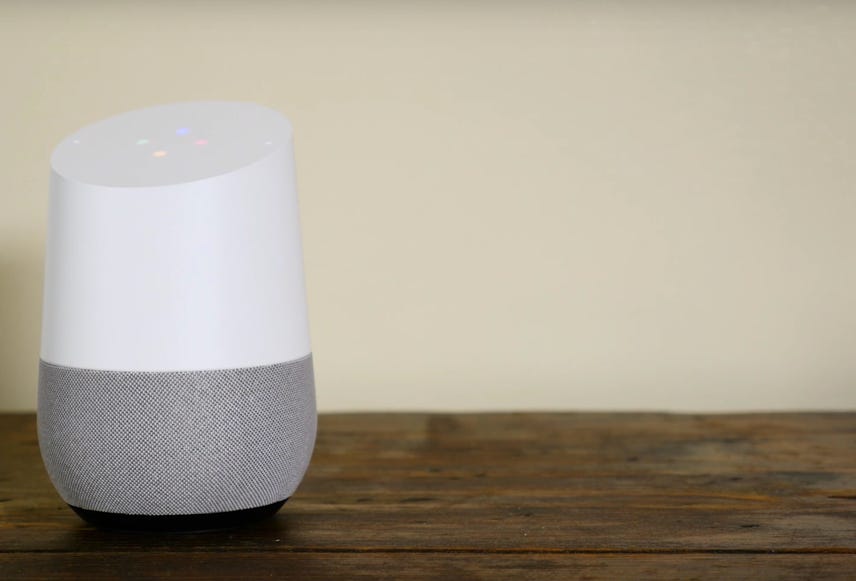 Become the holiday cheermeister at your office or family event with the new Google Photos Shared Album functionality.

Wearables
Google is finally switching off Hangouts, so get ready