Google's largest data center in the Asia-Pacific region, launched on Wednesday in central Taiwan, will certainly boost the island's cloud technology industry, according to its Ministry of Economic Affairs.

Liang said that the ceremony that the Information and communication technologies (ICT) sector in Taiwan is capable of manufacturing hardware needed for cloud data centers, said Taiwan's deputy economic minister Francis Liang, at the opening ceremony, according to Central News Agency.

The establishment of Google's Data Center in Changhua serves a momentum for boosting the cloud technology industry in Taiwan, he said. 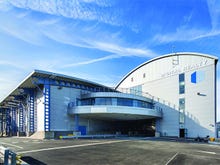 Google had announced in September 2011 that it had acquired 15 hectares of land in central Taiwan to build a data center that would allow its users to have "the fastest and most reliable access possible to all of Google's services," the CNA reported.

Google Inc. Wednesday announced at the ceremony that the original planned investment of $300 million has been doubled to $600 million, according to CNA.

The company also this week launched another data center in Singapore with plans to invest US$120 million.

The Taiwanese government will encourage more multinational enterprises to invest in Taiwan for both developing core technologies for cloud computing and setting up necessary infrastructure, according to the ministry.

Google has been one of major strategic partners for Taiwan, which aims to boost the development of its ICT industry. Last month, Google received the "2013 Outstanding Electronics and Information International Partner Firm Awards" from the government for its "outstanding contribution to enhancement of Taiwan's information industry software and systems integration competitiveness".