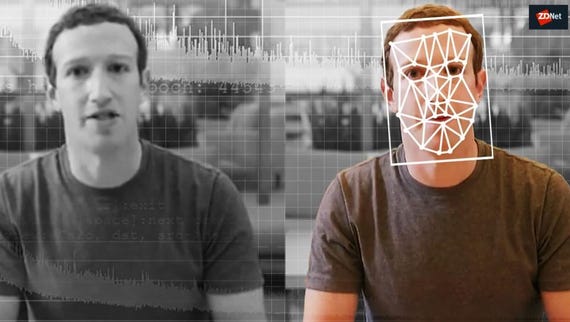 Google has released a huge database of deepfake videos that it's created using paid actors. It hopes the database will bolster systems designed to detect AI-generated fake videos.

With the 2020 US Presidential elections looming, the race is on to build better systems to detect deepfake videos that could be used to manipulate and divide public opinion.

Earlier this month, Facebook and Microsoft announced a $10m project to create deepfake videos to help build systems for detecting them.

As Facebook noted at the time, one of the issues with detection systems is that there isn't much material to work with to create one and to act as a benchmark for testing. That project is also using paid actors to create a larger dataset.

Google and Alphabet's Jigsaw are contributing a dataset of 3,000 manipulated videos with 28 actors to the new FaceForensics benchmark, which aims to become an automated benchmark for facial-manipulation detection.

This benchmark is being developed by researchers at Technical University of Munich and the University Federico II of Naples. Google calls its videos the Deep Fake Detection Dataset. Details about the FaceForensics benchmark can be accessed on the researchers' GitHub page.

"To make this dataset, over the past year we worked with paid and consenting actors to record hundreds of videos. Using publicly available deepfake-generation methods, we then created thousands of deepfakes from these videos," said Nick Dufour from Google Research and Jigsaw's Andrew Gully.

"The resulting videos, real and fake, comprise our contribution, which we created to directly support deepfake detection efforts."

Google earlier this year also release a dataset to help deepfake audio detection and to prevent cases such as the executive who was recently duped into transferring over $200,000 to a fraudster who'd synthesized his boss's voice.

Join Discussion for: Google's war on deepfakes: As election looms,...