Full Bio
Posted in Between the Lines on August 14, 2017 | Topic: Innovation 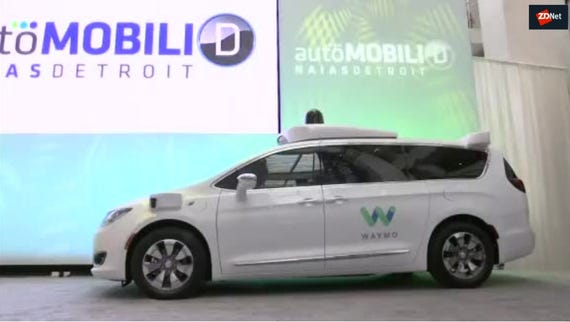 Google's self-driving car unit Waymo has patented a way to make our vehicles softer in the hope of reducing collision-related injuries.

Self-driving cars, otherwise known as autonomous vehicles, have already been touted as a way to improve road safety by taking human error out of the equation. There have been reports of accidents and collisions between self-driving cars during tests and human drivers, but the rates are low and more often than not, the human driver was at fault.

If you could take away the rigid, hard shells of cars, this factor may also reduce accidents and injuries -- and this is a concept Waymo is betting on.

Recently, the Google-owned company was issued a patent by the United States Patent and Trademark Office (USPTO) which describes ways to make our cars softer without becoming detrimental to drivers and passengers.

The patent describes how "tension members" can be arranged to alter the rigidity of a vehicle's surface. These members, which could be cables or rods, for example, will respond by changing tension should sensors pick up and predict a potential object, hazard, or pedestrian.

"The vehicle may identify and respond to a potential collision by altering the tension that is applied to one or more tension members, thereby altering the rigidity of the vehicle's surface," the patent reads.

Processors and sensors embedded in the vehicle will detect potential hazards and determine whether or not the object and car are on a collision course.

If an accident is expected, one or more sections of the car -- such as the hood, bumper, or panels -- will become softer through cutting, releasing, or loosening the tension members. In turn, this would reduce the solidity of surfaces and the potential harm of impact.

If the object is a car, the system will maintain tension. However, should the potential hazard be a bicyclist, pedestrian, or animal, tension will loosen.

The sensors embedded in the car may also learn from hazard scans over time. For example, should a child impact the vehicle rather than an adult, tension may be loosened more in certain areas to create the softest surface possible based on their shape, size, and height.

While the patent is only an idea and not a tested concept, it may be that tension reduction could help reduce injury rates and severity of road accidents in the future. However, it does seem to have more merit that one of Google's previous ideas -- making cars sticky to reduce injury on impact.