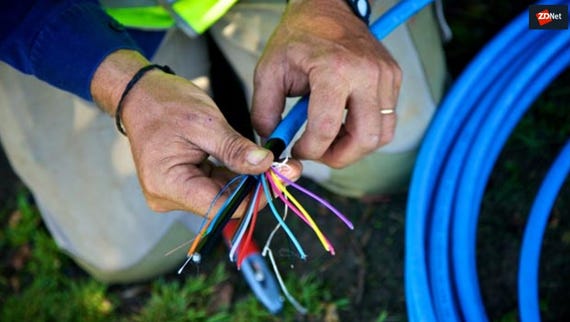 Communications Minister Mitch Fifield has said the Australian government has decided that the Universal Service Guarantee (USG) will be best delivered by the National Broadband Network (NBN) for broadband, and by the existing Universal Service Obligation (USO) contract with Telstra for voice services.

In its Development of the Universal Service Guarantee: Summary Report [PDF], the Department of Communications found that any cost savings attained by delivering voice services in regional areas using new technologies would be negated by putting more pressure on NBN's fixed-wireless and satellite networks.

"Closure of the Telstra copper network could involve significant additional costs for [NBN] in excess of the current estimated savings," the report said.

"Moreover, regional consumers outside the NBN fixed-line footprint have expressed deep concerns about the possibility of losing access to their existing copper line services, particularly in the absence of multiple proven and reliable alternatives."

According to the department, there are "clear concerns" in relation to the reliability, quality, and redundancy of alternative voice services, particularly those being delivered via satellite, for which there is a "general distrust".

Removing the Telstra copper continuity obligation (CCO) from the USG would mean 235,000 ADSL customers would need to migrate onto the NBN's regional offerings, the department said.

"NBN Co has advised us that servicing these additional premises would require it to undertake significant further investment in its network, particularly in its fixed-wireless footprint, and create longer-term spectrum pressure," it explained.

"These estimated costs would outweigh any estimated savings or efficiency gains from reform ... ultimately, the USO contract with Telstra will end in 2032 and a new delivery solution will be required beyond that date."

For the payphone component of the USO, the government said that as most areas now have mobile coverage, "there may be some scope to relax the rules around the provision of payphones to allow Telstra to remove payphones".

"We have listened to regional Australians and heard the importance of maintaining existing copper and wireless networks for fixed voice calls in NBN's fixed-wireless and satellite areas," Fifield said.

"We will not make changes that affect regional Australians until there are robust and proven alternatives to the existing USO."

The 2018 Regional Telecommunications Review [PDF] was also tabled this week, recommending that the government not make changes to the USO until there is a voice solution for those living in regional areas served by NBN's satellite.

The independent review committee likewise said industry should be involved in coming up with "new and innovative solutions for providing voice services".

"The services covered by the Universal Service Guarantee need to meet the legitimate needs of regional, rural, and remote Australians," the committee wrote.

"For many ... Telstra's fixed voice service is the only connection to the outside world if their internet service is not working. This is particularly the case for Sky Muster customers that do not have mobile coverage. These people want to retain their landline services as they cannot rely on the Sky Muster satellites for voice services, which they were not designed to deliver.

"The committee supports a measured and cautious approach to any changes to the Universal Service Obligation arrangements."

The Joint Committee of Public Accounts and Audit committee in October meanwhile asked the Department of Communications to explain how the transition from the USO to the USG will occur, as well as for more information across cost savings and the number of standard telephone services being provided by Telstra under the USO, as well as Telstra's net costs of supplying phone services and payphones.

The committee also recommended that the department report back on whether it identifies the possibility of Telstra providing inaccurate data on its USO services as being a risk, and whether verifying the data is "an appropriate basis from which to assess Telstra's performance under TUSOPA and make annual payments".

Lastly, the audit committee wants to know whether an additional reporting clause in the Telstra USO performance contract, as well as reforming the USO processes, will be able to "establish cost-efficient performance reporting" in regards to verifying the number of standard phone services and payphones being supplied by Telstra under the USO and Telstra's net costs.

In December the Australian government had announced that it would be removing the USO to replace it with a USG in 2020, with the former to continue being provided through its current contract with Telstra until the National Broadband Network (NBN) rollout is complete.

This followed the Productivity Commission's final report into the USO in June last year calling it "anachronistic and costly", and recommending that the government wind it up by 2020 given that 99 percent of the population has access to mobile broadband, and 100 percent will be covered by the NBN.

The Australian National Audit Office (ANAO) in September last year similarly said the USO contract with Telstra lacks transparency, has limited oversight, and does not represent value for money.

ANAO argued that the Department of Communications has been a "passive contract manager", relying simply on information provided by Telstra itself, meaning the performance reporting process has "limited transparency as to whether contract services are achieving the stated policy objective".

The 20-year USO contract -- which mandates Telstra as the fixed-line phone service provider of last resort, giving the telco hundreds of millions of dollars each year for the installation and maintenance of fixed-line services -- ended up facing government reform thanks to the Regional Telecommunications Independent Review.

Signed by the Labor government back in 2012, the USO currently costs the government around AU$100 million per year, with AU$200 million being funded via a levy on telcos.

Join Discussion for: Government backs USG delivery via NBN and...