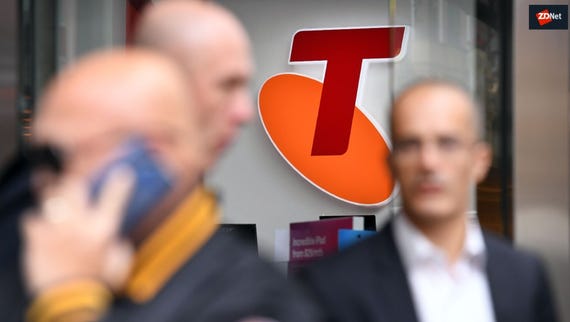 A joint audit committee has asked the Department of Communications to explain how the transition from the Universal Service Obligation (USO) to the new Universal Service Guarantee (USG) will occur, as well as for better costs oversight into its Telstra contract.

In Report 472: Commonwealth Procurement -- Second Report Inquiry based on Auditor-General's reports 9 and 12 (2017-18) and 61 (2016-17) [PDF], published on Thursday, the Joint Committee of Public Accounts and Audit made several recommendations to the Department of Communications.

In large part, the committee wants more information across cost savings and the number of standard telephone services being provided by Telstra under the USO, as well as Telstra's net costs of supplying phone services and payphones.

The committee also recommended that the department report back on whether it identifies the possibility of Telstra providing inaccurate data on its USO services as being a risk, and whether verifying the data is "an appropriate basis from which to assess Telstra's performance under TUSOPA and make annual payments".

Lastly, the audit committee wants to know whether an additional reporting clause in the Telstra USO performance contract, as well as reforming the USO processes, will be able to "establish cost-efficient performance reporting" in regards to verifying the number of standard phone services and payphones being supplied by Telstra under the USO and Telstra's net costs.

In December the Australian government had announced that it would be removing the USO to replace it with a USG in 2020, with the former to continue being provided through its current contract with Telstra until the National Broadband Network (NBN) rollout is complete.

This followed the Productivity Commission's final report into the USO in June last year calling it "anachronistic and costly", and recommending that the government wind it up by 2020 given 99 percent of the population has access to mobile broadband, and 100 percent will be covered by the NBN.

The Australian National Audit Office (ANAO) in September last year similarly said the USO contract with Telstra lacks transparency, has limited oversight, and does not represent value for money.

ANAO argued that the Department of Communications has been a "passive contract manager", relying simply on information provided by Telstra itself, meaning the performance reporting process has "limited transparency as to whether contract services are achieving the stated policy objective".

"Because reporting provides no information on the quantity of standard telephone services that Telstra supplies solely on the basis of its universal service obligations, it is not possible to determine the extent to which the TUSOPA contributes to Australians having reasonable access to such services on an equitable basis," ANAO explained.

"Neither the Australian Communications and Media Authority (ACMA) nor the department undertake processes to verify the accuracy of the underlying performance data provided by Telstra, which is used to determine compliance."

The 20-year USO contract -- which mandates Telstra as the fixed-line phone service provider of last resort, giving the telco hundreds of millions of dollars each year for the installation and maintenance of fixed-line services -- ended up facing government reform thanks to the Regional Telecommunications Independent Review.

Signed by the Labor government back in 2012, the USO currently costs the government around AU$100 million per year, with AU$200 million funded via a levy on telcos.

The government is now looking into cost and delivery options for the USG, saying it will "consider the future allocation of the AU$100 million in annual funding it currently pays into the existing USO contract as part of any change to existing USO arrangements".

The incoming USG will be underpinned by the Statutory Infrastructure Provider (SIP) framework currently facing Parliament, with the government to come up with options to provide voice services to the most remote premises in the nation that are connected by NBN's satellite and do not have mobile coverage.

In January, the government argued that the USG in partnership with its Regional Broadband Scheme (RBS) charge will solve regional coverage issues.

The Telecommunications (Regional Broadband Scheme) Charge Bill 2017 -- which has yet to pass Parliament -- proposes a AU$7 monthly charge to fixed-line broadband customers to subsidise those connecting to the loss-making NBN satellite and fixed-wireless services.

"The government considers that establishing the SIP and RBS regimes, before further progressing USO reform, provides an important, timely, and much-needed safety net, particularly for regional and remote consumers," the government explained in its response [PDF] to the Senate Environment and Communications Legislation Committee's report at the start of this year.

"The SIP obligations and the RBS form an integrated package. One cannot proceed without the other."

Join Discussion for: Government should have better Telstra USO...