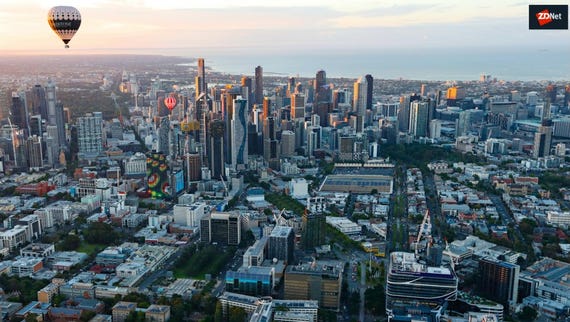 The Victorian government has announced a AU$1.7 million investment in symmetrical gigabit fixed-wireless broadband in Horsham through a partnership with Spirit Telecom under the Connecting Regional Communities Program.

Due to be complete by the end of 2019, the service will provide coverage to Horsham CBD, enterprise park, aerodrome, and freight terminal, the state government said, and provide speeds that are 10 times faster than those available via the "Liberal and Nationals' botched NBN".

Spirit Telecom will be responsible for building and maintaining the network, which will also provide access to high-speed services to residential and business areas across Longerenong, Dooen, and Haven.

"Spirit Telecom will offer the service to businesses at prices significantly lower than currently available for business-grade broadband services in regional Victoria. These prices will be competitive with the best available in metropolitan Melbourne," the government added.

The network will use "the latest technology", Spirit MD Geoff Neate said.

"We're breaking down the digital divide, making local Horsham businesses more competitive and enhancing the town's reputation as a great place for business and tourism," Victoria's Minister for Innovation and the Digital Economy Philip Dalidakis added.

Rather than waiting on the National Broadband Network (NBN) -- under which fixed-wireless services max out at 50Mbps and have been delivering slow speeds due to congestion -- and the federal government's mobile blackspot program, Victoria has been increasingly investing in its own coverage.

In May, it pledged AU$11 million in its 2018-19 State Budget for a second round of its own mobile blackspots program to build additional telecommunications infrastructure to improve coverage in regional areas.

It is expecting to facilitate 45 new mobile base stations this financial year.

The Victorian government in July then announced teaming up with Optus and Telstra to build 28 new towers covering 2,000 square kilometres and 4,000 premises under round 3 of its mobile blackspots program. Optus will build 11 towers, with Telstra handling the remaining 17.

Telstra was awarded AU$7 million for its towers, which it will match, as well as setting aside AU$1 million for the use of small cell and its Go repeaters. It is expecting the sites to be connected by the end of 2019.

In June, the Victorian government also announced that it would be spending AU$1.2 million to expand the free public Wi-Fi network in Shepparton to reach educational and youth facilities, parks, reserves, and Neighbourhood Houses learning centres.

The government added that it is working on a Digital Plan with the Goulburn Regional Partnership for the region, which will be published at the end of 2018.

Under the project, Vodafone Australia is constructing 11 mobile blackspot sites -- with work already begun on constructing a site along the Bendigo train line at Harcourt -- as well as collocating on 12 sites.

Dalidakis said the RRCP "shows just how much can be achieved when government works with all three major telcos".

Telstra had said in May that it would be installing 400 metres of cabling along the Geelong rail tunnel in an effort to provide in-train mobile coverage under the RRCP. Two "highly directional" antennas were additionally placed on the entrances of the tunnel, Telstra said.

The Victorian government in April said its RRCP has already provided around a quarter of the Vlocity train fleet with mobile signal boosters while 35 new mobile towers are being built along the train lines.

Optus also signed a AU$16 million co-funding deal with Victoria in October to build out an additional 25 mobile towers in regional areas to provide around 5,000 premises with mobile coverage by the end of 2019.