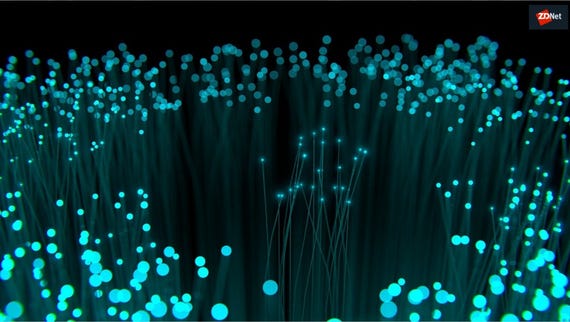 The Australian government has announced that regional areas of Tasmania now have access to fibre broadband thanks to the National Broadband Network (NBN) technology choice program.

Around 2,900 premises in the Tasmanian West Coast towns of Rosebery, Strahan, and Queenstown now have access to fixed-line and fixed-wireless NBN services, with Zeehan to gain access next.

"We are bringing faster, cheaper internet connectivity to the West Coast of Tasmania," Prime Minister Scott Morrison said on Friday.

During the lead-up to the 2016 federal election, the Coalition had committed AU$18.5 million to provide an upgrade from the slower-speed satellite connections slated for the areas.

"This is made possible through NBN Co's technology choice program where interested parties can upgrade their technology type by paying the difference," Morrison and Communications Minister Mitch Fifield said in a joint statement, with the Tasmanian government also having provided AU$4.5 million in funding.

According to Morrison and Fifield, 99 percent of Tasmania has now been connected to the NBN, with the company also utilising the existing TasNetworks fibre infrastructure.

During the 2016 election, Fifield had said fibre to the node (FttN) would be provided to the towns of Queenstown, Rosebery, and Zeehan, and fixed-wireless for Strahan.

Fifield at the time added that the plan would fall under NBN's technology choice program, which allows people to apply to change the NBN technology being used to connect their premises by contributing to the cost difference.

Labor had announced its own NBN policy days prior, backing up its previous indication to bring fibre-to-the-premises (FttP) connections to the same area.

"Labor will reverse Mr Turnbull's decision to place the West Coast of Tasmania on the satellites," Labor said in mid-2016.

"Under Labor, Queenstown, Zeehan, and Rosebery will be delivered 21st century fibre to the premises, as they were promised by both parties in 2013. A provision for this investment has been made."

Former Shadow Communications Minister Jason Clare had previously said that Labor would spend AU$29 million on constructing a fibre NBN connection for Queenstown, Rosebery, and Zeehan, though he did not detail whether a "fibre link" would entail an FttP, FttN, fibre-to-the-basement (FttB), or fibre-to-the-curb (FttC) network.

The technology choice program, launched in March 2015, offers Australians a pure fibre alternative to NBN's FttN, FttB, FttC, hybrid fibre-coaxial (HFC), fixed-wireless, and satellite connections -- if they pay an application fee, a field quote fee, and then the cost of installing the fibre.

In August last year, Devonport City Council had accused NBN of separating the "haves" and the "have nots" across Tasmania due to the disparity between FttN and FttP.

"40 percent of Tasmania, around 76,000 premises, will be linked via FttN, with a large percentage being on the North-West Coast, which has historically suffered from poor levels of high-speed broadband," Devonport Council said.

"FttN will be utilising the existing copper cable telephony network, which apparently is nearing end of life."

Upon the election of the Coalition government in 2013, much of Tasmania was subsequently shifted over to slower-speed satellite and fixed-wireless connections.

Back in February 2016, one Tasmanian council declined to upgrade two regions from FttN to FttP due to the costs involved, adding it would also be requesting a refund on the AU$10,000 fee it was charged by NBN for the cost analysis, because it was not detailed enough to warrant such a fee.

In June, NBN also revealed that from 358 applications since July 2012 for its area switch program, it had supplied 90 cost estimates, two sites up and running, and one site being built.

The sites being built are multi-dwelling units consisting of 300 and 350 premises, with NBN also saying it has 15 applications "in flight", meaning cost estimates have been supplied without a decision made to proceed or walk away by the applicant.

NBN revealed last year that one customer in Queensland had paid more than AU$200,000 to have their fixed-wireless connection replaced with full fibre.