Full Bio
on July 20, 2017 | Topic: Cyberwar and the Future of Cybersecurity 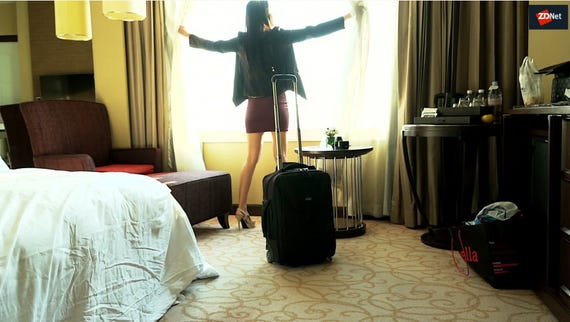 An advanced hacking and cyberespionage campaign against high-value targets has returned.

The so-called 'DarkHotel' group has been active for over a decade, with a signature brand of cybercrime that targets business travellers with malware attacks, using the Wi-Fi in luxury hotels across the globe.

Hotel Wi-Fi hotspots are compromised in order to help deliver the payload to the selected pool of victims. The exact methods of compromise remain uncertain, but cybersecurity experts believe it involves attackers remotely exploiting vulnerabilities in server software or infiltrating the hotel and gaining physical access to the machines.

Those behind the campaign have continually evolved their tactics and malware payloads, blending phishing and social engineering with a complex Trojan, in order to conduct espionage on corporate research and development personnel, CEOs, and other high-ranking corporate officials.

But now the actors behind DarkHotel have changed tactics again, using a new form of malware known as Inexsmar to attack political targets. Researchers at Bitdefender -- who've analysed the malware strain -- have linked the Inexsmar campaign to DarkHotel because of similarities with payloads delivered by previous campaigns.

In common with other espionage campaigns, the Inexsmar attack begins with high-level phishing emails individually designed to be interesting and convincing to the target. "The social engineering part of the attack involves a very carefully crafted phishing email targeted to one person at a time," Bogdan Botezatu, senior e-threat analyst at Bitdefender, told ZDNet.

Researchers remain uncertain about who is being targeted by the campaign -- and the malware sample doesn't provide clues about this -- but the nature of the phishing emails point towards government and political targets.

Within the email is a self-extracting archive package, winword.exe, which when executed begins the Trojan downloader process.

It shows a list of supposed contacts in the North Korean capital, with references to organisations including FAO, UNDP, UN, UNICEF, and WFP. It even contains warnings about spammers and ensuring privacy -- with the victim reading this just as their privacy is being compromised by hackers.

In order to prevent detection, the malware is downloaded in stages -- another element of the campaign which links it to DarkHotel. The first stage of the downloader even hides malicious codes and strings inside an otherwise legitimate OpenSSL binary by statically linking the malicious code to the otherwise unrelated library code.

Following this, the malware runs a mshta.exe operation -- a legitimate Microsoft HTML Application host needed to execute .HTA files -- to download the second part of the payload and compromise the target with the Trojan malware.

Researchers suggest the multi-stage Trojan download is an evolutionary step to keep the malware competitive as victims' defences improve.

"This approach serves their purpose much better as it both assures the malware stays up to date via system persistence -- not achievable directly using an exploit, and giving the attacker more flexibility in malware distribution," says the paper by malware researchers Cristina Vatamanu, Alexandru Rusu, and Alexandru Maximciuc.

DarkHotel is a highly sophisticated hacking operation, stockpiling digital certificates to aid in the distribution of malware and deploy backdoors with code hidden under many layers of protection.

The group is careful to cover their tracks but the nature of the attacks and the way DarkHotel picks victims potentially indicates involvement of a nation state actor.

"Attribution is usually difficult with this type of attack, but its complexity and the cherry-picked victims show that it is likely a state-backed threat with serious skills and resources," said Botezatu.

Join Discussion for: Hackers are using hotel Wi-Fi to spy on guests,...