When you spend a lot of time on the road, you need to balance useful travel technology that makes your life more convenient with not weighing your bag down with endless cables and connections you rarely use.

My travel bag always has USB power adapters for the charging socket in the car; I'm still using a high-power BlackBerry one with a USB cable and a second port that I plug a flat TYLT USB cable into because it doesn't tangle. And I usually take the Netgear Trek N300 travel router because it tames frustrating hotel wi-fi by giving your devices a known network to connect to (you connect your first device to the hotel network and the N300 learns the connection from there.

And because there are two of us and we both have phones and recorders and other gadgets to charge, the USB charging port on the Surface Pro 3 power supply is very useful, but we also carry the Anker 40W five-port USB charger so we can plug most of it into a single outlet in a hotel room.

But beyond these old favourites, here are some of the latest travel gadgets that we've been trying, many of which will earn a permanent place in my bag.

The portable battery market is going crazy; everyone is making USB-connected battery banks for topping up your phone, and in some strange formats - perhaps the most unusual battery is also a compact mirror with an LED light.

TYLT's latest is both a battery and a USB charger combined. That's convenient - you can charge your phone when you need to or top up the battery itself by folding down the power prongs and plugging it into an outlet. But it's also a bit of a compromise; it's heavy for a USB charger and low capacity for a battery; just 2200mAh with a 1 amp USB port - so only suitable for powering phones rather than tablets. And the square format makes sense as a charger, but isn’t quite as easy to hold in your hand as a flat battery pack, so the ENERGI 2K hasn't replaced the ENERGI 3K in our travel bag.

But if we didn't already use the Anker multi-charger this would be a great way to carry one device instead of two. And as usual, it comes in a great range of colours; the bright blue we tested is stylish and the bright green or bright orange models would be really hard to forget on the hotel night stand.

Innergie's Power Cell Duo has displaced another similar charger from Anker because it's about the same size and much more flexible. Innergie is owned by Delta, who makes laptop power supplies and batteries for many OEMs; that gives them access to laptop quality batteries at volume prices so their batteries pack in higher capacity in smaller, lighter cases than many competitors.

This one has two USB ports both of which can put out 2.1 amps; enough to charge a tablet, not just keep it running. And the 6,800 mAh capacity is enough to fully charge four phones or a tablet. Innergie has smaller, lower capacity batteries that you might prefer if you just need to charge one device, with similar sleek and rounded curves, but the Pocket Cell Duo is great if you have multiple devices to power but don't want to carry one of the really hefty 10,000 mAh monster batteries.

Wireless charging on the road

With micro-USB power supplies now standard for most of my devices, it's annoying to find devices that don't have USB connections, like the otherwise-excellent Nokia DT-900 wireless charger I keep on my desk. Wireless charging has changed the way I work with smartphones, letting me just pick up my phone when I need it, rather than having to remember just which way up a micro-USB cable goes.

Cable-juggling is even more of a problem when you're in a hotel room and are trying to plug in phones, tablets and all the assorted gadgets you carry. A wireless charging pad for your phone doesn't fix all your problems, but it does make things just that little bit simpler. I experimented with taking the angular TYLT Qi charger on the road but it has a chunky power brick. I've now found two travel wireless devices that fit with the way I work – and that don't take up much space in my kit bag.

RAVPower's RP-WCN7 is a portable wireless charging pad that works with any micro-USB cable and power supply. While it comes with its own, I keep the weight down by using it with a multi-port 40W USB PSU (so I can charge another four devices at the same time). It's small enough to slip in any bag, and works well with my Lumia 930 (or the 1020 with a charging back). One useful feature is the small beep that lets you know when your phone and the charger are in sync.

But devices like RAVPower's are still tethered to their USB cables. I've also taken to carrying another Nokia wireless charging plate, the DC-50. Unlike most of the Qi charging plates we’ve looked at, this one's also a battery, so you can use it as a portable charger. Instead of charging a phone over USB, the DC-50 will only charge devices wirelessly. As it's quite slim, it’s an acceptable way of keeping a phone topped up while you record a meeting, or make a conference call. It's also a Qi receiver, so you can charge it from a USB connection, or from another Qi charger. That means you can chain charging devices, sandwiching the DC-50 between a phone and a charging plate while it's on your desk, ready to give you a boost when you're out.

USB On The Go

USB drives just keep getting smaller - and bigger. As flash memory gets cheaper, capacity goes up and the physical size of the drives is still shrinking. 32GB USB drives used to be large and chunky; now they're relatively svelte -like the 32GB HyperX Fury (this is the gaming brand from Kingston so it has a rather sci-fi look). If you want chunky, Kingston's Predator 1TB USB drive fits the bill; it's three inches long and an inch square, in a shiny metal casing that extends to cover the USB plug when you're not using it.

The Predator only weighs 63g; you won't notice that when you're carrying it around but it's heavy enough that it pulls slightly out of a side USB port like the one on the Surface Pro 3. You can still read and write at full speed, but if you're worried about it falling out - or about a ferociously expensive device sticking out where someone might knock it (and with a current price of over $900, this drive is something you'll want to take good care of) - it comes with a USB extension cable.

A huge, fast and pricey 1TB drive can store everything you need, but it's also handy to have a tiny USB stick with you all the time. I made my own USB earrings but they need a full size USB port. If you have a tablet with only a micro USB port - or one of a certain number of Android phones - a USB On The Go key (OTG for short) will fit into both a normal USB port and a micro USB port. Windows tablets and some Android 4.0 devices have USB OTG support (you might need to install an OTG-aware file manager app too). And if you just want a tiny USB key, they're handy for that as well.

I've been carrying the Kingston USB OTG key for a while, just because it's small and has a hole to attach a lanyard, but PK's K3 model - which is also USB 3 and 32GB - manages to be even tinier. Instead of a hinged cover protecting the micro USB plug it has a snap-on cover, attached to a lanyard in PK's signature orange so you don't lose it. The hinged cover on the Kingston drive doesn't really get in the way, but this is more flexible. And the USB plug even manages to be a fraction smaller on the P'K K3. Plus, it's waterproof.

If you just want to use your existing USB keys, PNY has an adapter that it hardly needs to label as "Android OTG Adapter" since it's a bright green android. Pull off the head to reveal the micro USB plug and attach your own drive where the feet should be.

Having a USB cable comes in handy when you need to charge your phone or copy photos off it when you have poor connectivity, plug in a wireless charging pad, but you don't need to do any of those often enough to make it worth dragging a full-size USB cable everywhere with you. Pick up a portable USB cable and you're much more likely to have it when you need it.

The Kanex ClipOn micro USB cable is four inches long and the two ends clip securely to each other, turning it into a loop you can clip onto your bag like a luggage tag; when you need it, you just pull the ends apart and it's a strong little cable. It needs to be strong because four inches is short; your phone might be dangling in mid air if it's plugged into a power outlet halfway up the wall. But I've been travelling with this for months and nothing has ever given way. 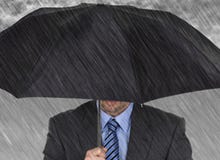 Nomad has an even smaller USB cable, the ChargeKey; it's less than three inches long with a 45-degree twist for the micro USB end and it's flexible enough that you don't have to line your two gadgets up precisely. It's also about as thin as a key and has a large lanyard hole that will fit on most keyrings.

If you don't want to be plugging a bunch of keys into your device, Nomad also offers the ChargeCard; slightly smaller and about twice as thick as a credit card, with the micro USB plug on one corner of the rigid plastic body and the USB plug on a flexible two inch cables that snaps in and out of the middle of the card. It's a good design for keeping in a wallet, but the large rigid frame and flexible cable together mean the 'cable' is always an odd shape and not very stable, so the Kanex and ChargeKey are the cables I reach for first.

The ubiquitous MiFi has some international competition. The advantage of the Goodspeed portable hotspot is that it has nine SIM slots that you can put SIMs for different countries in - and when you turn it on in a new country it works out which one to use automatically. The first connection in a new country can take a few minutes, although even in a moving train it only took a couple of minutes to find the right network and get a signal. Press the button on the side to switch between seeing the hotspot name and password (so you can type it in on up to five devices) and how much of your daily data allowance you've used.

The battery life is good enough to keep you online for most of the day; and it charges over USB so I can leave the power supply behind and plug into one of the chargers we already carry. the only improvement would be adding 802.11ac - it's currently b,g, and n. Buying SIMs through Goodpseed can be pricey (either £198 and £8.20 a month or £17 a month on a 60-country roaming plan with a two year contract, plus £4.90 a day for up to 1GB of data a day) but if you travel a lot the convenience is just unmatched.