Struggling to get a full day of battery life out of your smartphone? It could be because of those pesky "free" ads, according to new research. 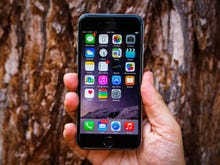 Apple's latest iPhones still miss out on all-day battery life. But by tweaking its software, you can greatly improve your iPhone's battery. Now updated for iOS 8.2, here's how.

Although putting ads in phone and tablet apps may allow developers to off apps for free and make a few bucks in between, the researchers warn of the other "hidden" costs, including using up more mobile data and more device memory.

A new study by University of Southern California, Rochester Institute of Technology, and Queen's University in Canada, found that free apps that contain advertisements can use as much as 33 percent more battery power than apps without.

Because the ads have to be downloaded, that adds to the cost of owning a device. On average, free apps with ads use as much as 79 percent more network data, which over time piles up the pennies. And once those apps are opened, the ads cause the device to churn up additional processing power and memory.

Those things in combination can lower the battery life from 2.5 hours to 2.1 hours on average per day.

"In absolute terms, this is very low, but in the crowded and competitive world of apps it's a huge difference," said William Halfond, who co-authored the report. "It can make the difference between your app getting downloaded or going unnoticed."

The research will be formally presented at the International Conference on Software Engineering in Italy next month.