There may be no new HoloLens headset on tap for this year (and maybe even next), but that doesn't mean Microsoft is in a holding pattern on the AR/VR front.

Microsoft is separating out its Mixed Reality Marketing Team from the Surfaces devices team. The company has hired the former chief marketing officer of Oculus VR at Facebook, Elizabeth Hamren, to run that new separate team.

The company also plans to invest in a dedicated set of Mixed Reality sellers for its fiscal 2018 (which kicks off on July 1, 2017). That team will be working with Microsoft PC partners to push mixed reality headsets for Windows 10 PCs this holiday season.

Earlier this month, Microsoft officials said the development kits for Mixed Reality headsets would begin shipping in March. The actual headsets, starting at $299, from companies like Acer, ASUS, Lenovo, HP, Dell, and more are expected to ship to consumers later this calendar year.

Microsoft made the announcement about its expanded Mixed Reality push on March 30, a year ago to the day when Microsoft began selling HoloLens development kits for $3,000 each. Microsoft officials said there are now 150 "exclusive Mixed Reality" apps in the Windows Store.

One of the biggest bets Microsoft is making for the future of computing is the development of a new world of mixed reality, led in large part by our pioneering work on Microsoft HoloLens. We have been on this journey from the unveil of HoloLens back in January 2015, to the announcement from our OEM partners of the first headsets capable of mixed reality last October, to the release of the first Windows 10 Mixed Reality dev kits this month. As we gear up for this coming holiday, we enter a new phase of bringing mixed reality to everyone.

To match the industry-defining technical work of our engineering team and to build on the broader work to establish the category of Mixed Reality, I am excited today to announce some changes within our team to enable us to accelerate our market presence.

1) Acknowledging the growing importance of this category, I am creating a dedicated Mixed Reality Marketing Team, separating it from the Surface devices team, and taking it as a direct report.

2) With support from Chris and Satya, we created a CVP level role to head this effort. I am thrilled to announce that after a thorough search, we have found an ideal leader in Elizabeth Hamren, the former CMO of Oculus VR at Facebook. Liz will be joined by Jeff Hansen, Sandhya Thodla and their teams, who have been doing great work driving our progress to date.

3) We are going to ramp up our sales efforts by investing in a dedicated set of sellers and TSPs for FY18. Combined with the significant marketing investment we are making for this coming holiday with mixed reality headsets marketed on Windows 10 PCs by the Windows 10 marketing team, we are set up to have an acceleration of our mixed reality initiative.

As CVP of Mixed Reality Marketing, Liz will be responsible for driving the global business and marketing strategy, working closely with our internal partners in engineering, Windows product marketing, integrated marketing, the MCB and Commercial teams, and external partners around the world. We have big, bold goals for mixed reality and the impact it can have on our overall Windows and Devices Group ambition to create more personal computing.

Liz is an industry veteran with extensive experience in product marketing, management, and development across a range of devices, spanning over 20 years. Prior to her role as CMO of Oculus VR, Liz served as the Vice President of Marketing at Dropcam, a cloud-based Wi-Fi video monitoring service, acquired by Nest Labs. She oversaw all aspects of marketing, including brand and advertising, product marketing, channel marketing, public relations and social media, as well as web and subscription sales. Liz has also served as Vice President of Marketing at Plantronics and Vice President of Marketing at Jawbone. Previous leadership positions have included posts at OQO, Mayfield Fund and Microsoft (which she left in 2002). She also served as a Director of Cozi Group, Inc. Liz has a BSE in Civil Engineering and Operations Research from Princeton University and an MBA from Harvard Business School.

I am looking forward to learning from Liz and adding her extensive industry experience to our WDG Marketing Leadership Team. It's an exciting time as we push forward in this critical area for the company. Liz officially joins Microsoft today, just in time to join the Exec Retreat, and she will join the team in the office soon. Please welcome Liz to the team. 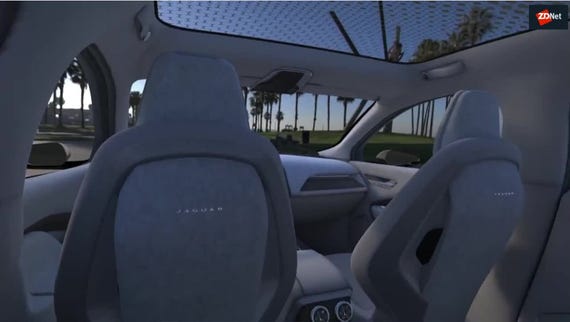