Two’s a crowd on the cloud by all accounts – well it is if you want security and backup functionality out of your apps; they just don’t fit on right now. Current postulating and pontificating as to what does and does not fit on the cloud is rife - and everyone seems to have their own opinion as to how many enterprise applications we could or should be able to fit on the cloud without causing a crowd.

So, is the cumulus nimbus too fluffy to support real world cloud computing structures right now? 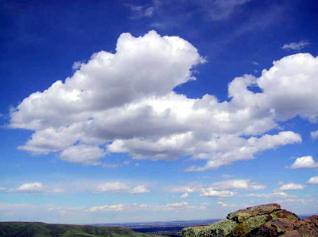 Commentators have suggested that cloud computing really doesn’t break the mould to quite the degree that the technology publicists would have us believe. In the same way that Intel’s multi-core parallelism mantra has been cited as something of a throwback to the parallel computing processes that IBM was talking about in the sixties – so cloud computing is, arguably, just another way of extending the on-demand nature of those applications and services available to us in the post web 2.0 era. (Obvious comparisons with grid and utility computing probably don’t even bear mentioning here.)

Whether you buy the arguments for cloud computing or harbour a healthy degree of scepticism, it won’t stop the ‘cloud converts’ talking about how suitable the fluffy white stuff is for a whole range of computing scenarios. Good for the cloud, allegedly, are software downloads where multiple repositories exist, particularly where there is a distribution of data to multiple geographies.

Before you mist up and get all overcast with this idea, proponents argue that the cloud is ‘effectively becoming just another server’ and that there are identifiable areas where this structure will work with so-called natural efficiency. SOA is next in line for migration to the cloud if you believe companyies like open source ESB company Mulesource.

NB: they have a DEVELOPERS link right on the top of the home page, so that buys them a second look in my humble opinion.

Mulesource is of the opinion that where the cloud gets interesting is when you can “bridge” to the enterprise and make it look like one complete resource. At the moment the cloud is a node that sits outside of the enterprise. It's basically next-generation hosting with some sophisticated scaling abilities. The future state, say the company, is likely to be very different, but we need to start consuming cloud services and applications to see what directions they go in.

… from goofy to ridiculous

I spoke recently to MuleSource CEO Dave Rosenberg about all this theorising and this is what he had to say, “The bigger picture is that right now the cloud is just another computing resource that may or may not be connected to your enterprise. This notion that we are going to move everything in the enterprise to the cloud ranges from goofy to ridiculous. How many people are going to fully deploy a large-scale enterprise system with multiple (let's say 10 or more) applications in the cloud? Probably zero. But putting one or two pieces into the cloud? That’s much more realistic and will have much less disruptive impact on your business.”

Still not convinced? Well, I’m not saying I am either. But this is the kind of way vendors are talking about the cloud right now. The worrying thing perhaps is that there are just as many interpretations of what is and isn’t right for the cloud as there are companies trying to sell us that idea that they have a handle on the way that cloud computing will eventually work once the skies clear.

Perhaps the term ‘cloud’ it’s just a better way for people to understand resources delivered in this on demand way in the post-grid computing world? If it is more palatable to the Internet-generation when presented this way, then perhaps there is fair weather head and we’ll get to a resolution as to what applications should fit on the cloud and when they should be there sooner rather than later.

So there you have it. Tune in this time next week for my blog on “Atmosphere Computing” and read all about how we’ll soon be able to harness the power of the sun to make our online shopping applications run with extra zing ☺