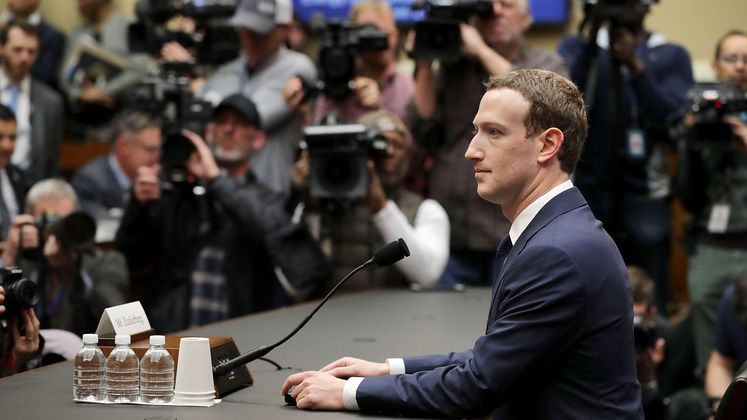 It's hard competing with yourself.

Every year, the challenge is greater than last year's.

Why, last year Zuckerberg promised he'd fix Facebook. What could be bigger than that?

Alright, the picky will say that was a multi-year commitment, while the very picky will suggest that the only fixing Zuckerberg has done so far is to affix his company in the position of leading tech pariah.

Zuckerberg as Oprah? That ought to be riveting, as the Facebook CEO talks to "leaders, experts, and people in our community from different fields."

Yes, leaders aren't experts, as he himself has so brilliantly proved over the last few years.

It makes sense for Facebook to tap into other markets -- but the enterprise isn't one of them.

This is something Zuckerberg appears to realize -- or, at least, his PR handlers do.

In his announcement, he concedes that "I'm an engineer, and I used to just build out my ideas and hope they'd mostly speak for themselves. But given the importance of what we do, that doesn't cut it anymore."

Dear Mark, it never cut it. The fact that humanity sat back and watched, as you and your fellow tech leaders tried to get everyone to think and behave like engineers doesn't mean that, even back then, you were all wise.

You were a bunch of kids who thought you were so, so clever. Equally, you thought the way humans went about things was largely quite stupid.

Now that you've grown up (a little), you see that there are many more dimensions to the human conundrum than you realized.

Zuckerberg admits that he's (finally) leaving his comfort zone of aloof power and total control. He writes: "I'm going to put myself out there more than I've been comfortable with and engage more in some of these debates about the future, the tradeoffs we face, and where we want to go."

But, given that he's outside his comfort zone, how can he drive these discussions to bear significant fruit? Won't there be a lot of staring into space?

Moreover, if you're a leader and/or an expert, why would you want to appear on a show that's designed to give Zuckerberg and Facebook renewed credibility?

Now if Zuckerberg could get Oprah to host these affairs, that might be interesting.