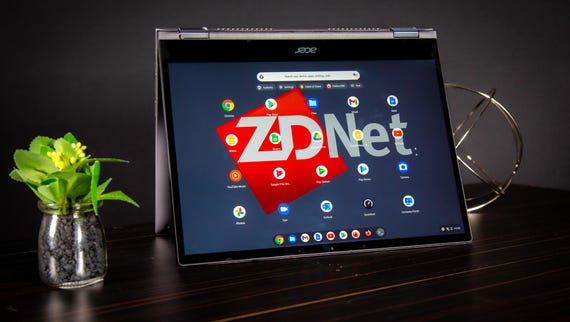 It is always with a sense of wonderment, befuddlement, and disbelief that the company from Cupertino pushes its tablet and desktop operating systems closer and closer together, especially as it has steadfastly refused to allow a touchscreen on Macs.

But the interaction style from the latter half of the last century has been good enough for Apple, and that's that for the world's largest computer firm.

While I still concur the desktop-style interface is paramount among the choices on offer, it isn't necessarily the best in circumstances when an app, which has been built for a touch interface, is lazily ported onto your desktop.

Meanwhile on the Windows side of the fence, even though Microsoft has long had support for touchscreens, and the OS can happily switch between traditional and touch interactions, using touch on Windows is second-class. Windows apps try to cater as best as they can for touch, but deep in their source, you know that the app is best used with a mouse or trackpad of some sort.

This is where a $1,000 Chromebook shows another way to thread the multiple-use needle.

The particular laptop that lit the way in this instance was an Acer Chromebook Spin 713. A humble device running an Intel Core i3-10110U processor, 8GB of memory, 128GB of storage, and a 2256x1504 display in the lovely 3:2 aspect ratio that retails for AU$1,000 in Australia. It's worth noting that even though the battery is rated for 10 hours, in testing it went far beyond that mark.

In the US, it's possible to get a Core i7-10510U with 16GB of memory for $1,000, which represents far better value, and is really the one to buy -- if you can find it. Outside of the Acer store, and a few listings on Amazon, finding this device is tough work.

As it is rarer than hen's teeth, it's hard to give it a full-throated recommendation. This device is really good, and it would certainly be in my thinking if I wanted to deploy a cheap and cheerful fleet of laptops.

The Spin 713 does a really good job at showing what Chromebooks can offer, and how they are different to operating systems with much, much higher sales numbers.

To begin with, there is the usage style which is the glorified desktop Chrome session that Chromebooks have had from the start. Then there's the ability for Chromebooks to run Android apps, which it gained several years ago.

Looking at both in tandem, app consistency is not something Chrome OS has really concerned itself over. It's clear that the web app is just that, and when you are running an Android app on a laptop, it can be as kludgy as feared.

When running an Android app, Chrome OS hides a title bar with a minimise and close button on the top right corner, and a back button on the top left that simulates exiting an app on the phone. Even though it is not very discoverable, once you know it is there, it can be useful and you can point the cursor in its direction.

But this isn't the right way to really use it, particularly with a convertible laptop, the correct way is to flip the keyboard away and turn it into a giant Android tablet.

Suddenly, by using the touch interface, an Android app behaves exactly how it should, and the temptation to use old methods is put away until you need it. Chromebooks also support navigating with Android-style gestures.

It is far from being a revelation that using a touch interface for apps built to be interacted with via a finger is a good solution, but it is an option lacking in the marketplace.

Another good feature that Chromebooks offer is the ability to have an integrated Debian Buster virtual machine that is able to cater to any missing functionality gaps. This means it is possible to use Firefox, LibreOffice, or Audacity similar to a dedicated Linux laptop, although the apps do not allow for side-by-side snapping.

ChromeOS has long ago busted out of the walled garden of browser-based functionality. In fact, it is possible to run the Android version of Firefox beside the Linux version of Firefox, and if you have the right hardware, maybe even have the Windows version thanks to Parallels.

The one obvious drawback with Chromebooks, however, is that it does tie your device to Google, for better or worse. And try as you might to avoid the search giant, the Googleness starts with needing to login with a Gmail account --there is just no way around it.

And yet, even with the lowest of the Core-branded processors in tow, the Acer Chromebook Spin 713 highlights what could be done with even more power.

For people with a distinct lack of artistic talent, a touchscreen is often nothing more than a specsheet line item. On a Chromebook, if a dreaded mobile-app-but-on-your-desktop experience appears, there is a solution to a problem that has more common.

Although it's far too late to reverse course on this trend, there is a better solution out there to what the OS mainstays offer.