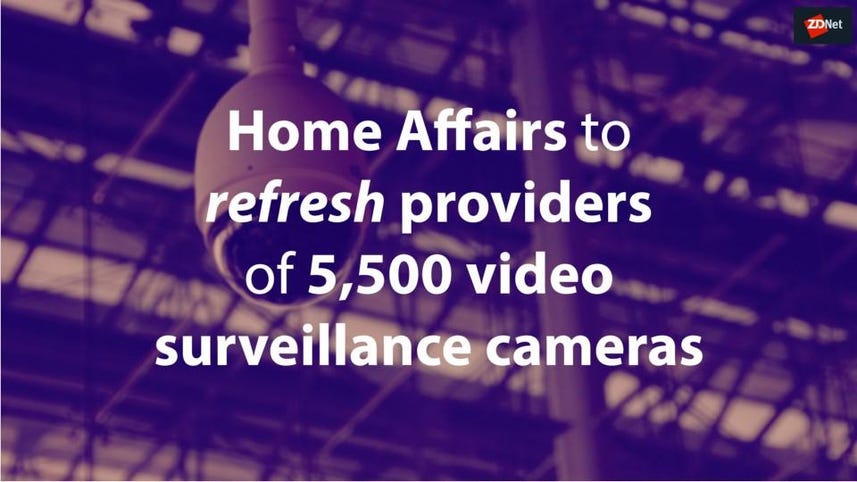 The Department of Home Affairs is looking to refresh its Video Surveillance Equipment and Services Panel, seeking providers to support what it has called its operational requirements in the prevention, detection, and deterrence of unlawful activity.

The department's existing panel is set to expire on 30 June 2020, with its request for tender (RFT) stating that the department has an ongoing requirement for the delivery and support of its National Digital Closed Circuit Television (CCTV) capabilities.

Currently, Home Affairs' CCTV network consists of around 5,500 cameras at 112 sites across Australia.

It uses AXIS cameras, CISCO switches, and HP servers, however, the RFT said these brands may change over the life of the standing offer.

Under the supply of equipment, Home Affairs said it is asking for the provision of workstation platforms and peripheral systems, visual display systems, and camera control systems.

CCTV and network infrastructure, the RFT stated, would need to consist of both video surveillance and IT products that allow access devices to connect, record, and control the required components of the National CCTV System.

Under the banner of materials and logistics, the department listed the provision of video analytics capabilities, as well as video recording and storage components.

"The VMS should provide a high degree of reliability for live surveillance displaying real time images," the tender says.

The successful provider or providers, according to the RFT, would have to uphold privacy standards as set out in the Privacy Act and ensure records are safeguarded from unauthorised access or use; all handwritten records are transferred into an electronic record in the providers' relevant IT system; all electronic records have been effectively backed up on a daily basis; and that no data, record, or report is inappropriately accessed, removed, lost, corrupted, or misplaced.

The tender follows the Joint Committee on Intelligence and Security on Thursday declining to recommend the passage of Australia's pair of Biometric Bills, with a bipartisan agreement being reached that the privacy safeguards were not sufficient in their current form.

The committee instead requested the Identity-matching Services Bill 2019 be completely redrafted.

The purpose of the Bill is to facilitate a secure, automated, and accountable exchange of identity information between the Commonwealth and state and territory governments.

The Bill authorises Home Affairs to create and maintain a facility such as an interoperability hub, which would operate as a router to the participating bodies, allowing them to access identity-matching -- biometric -- services.

Australia as concerned about cyber Bond villains as state actors

Nation has a capability gap relating to economy-wide cyber attacks, the Department of Home Affairs has said.

If finalised, the agreement will mean service providers in the United States can respond directly to electronic data requests issued by Australian enforcement agencies for data critical for the 'prevention, detection, investigation, and prosecution of serious crime'.

The department said it is however 'focused' on addressing the negative perception of Australia's encryption laws, saying companies actually lack a clear understanding of the obligations within legislation.

3,306 privacy complaints were made to the Office of the Australian Information Commissioner in 2018-19 and the commissioner has finally admitted her office needs more assistance.