For companies hoping to be part of the next generation of enterprise tech vendors, this week on Wall Street was certainly one to watch.

Bolstered by a positive IPO Thursday by the peer-to-peer loan company Lending Club (the company spiked more than 50 percent in its first day of trading), Hortonworks and New Relic kicked off their first day as publicly traded companies with a healthy dose of investor enthusiasm.

New Relic began trading on the New York Stock Exchange, offering 5 million shares of common stock with a share price of $23.00. Within the first hour of trading, the company's shares were already up nearly 31 percent. 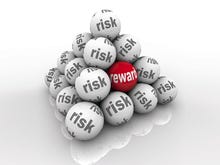 New Relic specializes in cloud application performance and BI solutions based on analytics. The San Francisco-based company has been bolstering its product lineup in recent months, and announced in September that it has collected, stored and analyzed more than 690 data points across more than 4 million application instances.

As for Hortonworks, the Palo Alto-based company chose to list on the NASDAQ, offering 6,250,000 shares of its common stock at a price of $16.00 per share -- well above the $12 to $14 range the company set in its IPO filings. That share price suggests Hortonworks is valued at $661.9 million.

Founded in 2011, Hortonworks is the youngest of the top three Hadoop distribution players, and even though it has experienced net losses over the last two years, it has enjoyed considerable growth and attention from tech stalwarts.

By going public on the same day, New Relic and Hortonworks are likely hoping for both a boost in credibility and the capital to expand.

For Hortonworks in particular, the company is looking to move beyond batch processing of data and into more mainstream analytics -- and the IPO could help set it on its way.

For New Relic, the company has been vocal that it wants to move beyond Application Performance Management. Last year, New Relic CMO Patrick Moran proclaimed that the company's long term goal was to "displace the legacy providers and help reshape how enterprises consume technology."

While the landscape for other looming tech IPOs -- i.e. Box -- is still unclear, by the end of trading Friday, a clearer picture is likely to emerge.