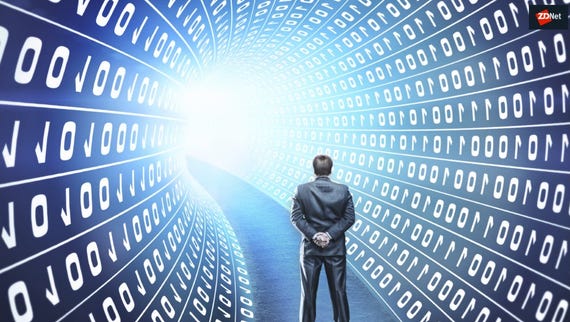 The on-demand economy is transforming IT careers
Watch Now

That role of the IT professional is changing, thanks to new technology and new business models. Rather than simply employing experts in coding and testing, businesses are keen to tap into the skills of business-focused specialists who can manage projects and deliver value.

It all means technology professionals must think very carefully about career development, says independent consultant and author Ade McCormack. He believes we are about to enter into the 'gig economy', where most people contract their expertise on a freelance basis.

McCormack believes the days of an IT professional being able to forge a career by focusing on one technical area are drawing to a close. "The digital economy is sponsoring a move towards people having many careers, many employers, and many clients," he says.

"Individuals must take a startup-like approach to their careers. As an IT professional, you need to have a healthy paranoia about whether you are still relevant. Managing your career is now a time-intensive activity."

How will the move towards a gig economy affect the IT sector?

Big salaries, bigger challenges: How to hire and keep the best tech staff

Getting the right team together is vital to making any project a success. CIOs share their tips for finding and retaining the best.

Some big firms are already responding. Professional services giant PWC recently launched an online marketplace matching freelancers with internal projects. Known as Talent Exchange, PWC hopes its online platform will help the firm take advantage of a general shift towards flexible employment, in which more people are opting for temporary or freelance positions and short-term contracts.

Such flexibility is likely to prove crucial in the IT industry. Just as executives can use the cloud to source technology as new business demands arise, rather than having to rely on a permanent group of in-house developers, businesses can now work directly with providers on separate initiatives. Individuals with great project management skills are key for businesses that work with a range of suppliers.

That could mean less full-time IT roles in future: a combination of the on-demand jobs market and cloud computing could mean that a far smaller group of staff could -- at least in theory -- run the internal technology of a large business. And the types of jobs could change too: instead of the traditional development and support roles associated with internal IT, these would more likely be in externally facing positions, such as business analysis and account management.

So what does this mean for the role of the CIO? Evidence suggests more businesses will need specialist managers to take control of a portfolio of diverse IT projects. Research from the Tech Partnership and Experian suggests future growth in specialist technology roles is likely to be greatest amongst IT directors, with 37.5 per cent growth between 2015 and 2025.

Interestingly, the demand will only be part met by churn within the profession. New entrants will fill most opportunities (81 per cent), including job changers from non-technology positions. BCS director of professionalism Adam Thilthorpe says there is a notable upwards trend in the amount of people -- from all kinds of disciplines -- who see their future in IT.

"I would argue that we need evangelists for the positive power of IT in all areas of the business," he says. "Organisations need to grow their own talent stream internally, and that might mean more business people moving into technology. But that's a positive trend -- it's a growing sector and we need more talent."

How easy will it be for business people to move into IT roles?

So could we see a situation where business people move into what are traditionally seen as IT roles? Brad Dowden, CIO at Airswift, completed a range of interim IT leadership roles prior to his appointment at the infrastructure specialist. While working for one of these businesses, Dowden says he saw a general manager at the firm moved into a partnering role.

"You need someone that's commercially minded to translate business need into technical considerations and to then manage third parties," he says. "The lines between business and tech are blurring; a convergence of roles is taking place. However, people aren't moving from business into technical roles as they don't have the required experience."

Interim CIO Christian McMahon, who is managing director at transformation specialist three25, said there is an increased level of chatter within the industry about non-IT people moving into the technology department. Yet he also believes the transition remains rare.

McMahon agrees that the move from business to IT might work on the more strategic side of the technology profession, where he believes outside experience is extremely beneficial. However, McMahon says most business people will probably lack the necessary technical skills required for the operational aspects of the role.

McMahon says IT professionals will continue to play a key role in many traditional businesses. "There is nothing like having the technology background to allow you to respond quickly to an issue," he says.

Nick Hopkinson, CIO at Devon Partnership NHS Trust, is another IT leader who believes there will always be roles that require specialist knowledge. Business people, for example, are very unlikely to be pushed into development roles, particularly those that require detailed knowledge of programming languages.

Yet Hopkinson also understands that the technology profession is changing. "IT is all about people," he says, recognising the shift from technical expertise to a blend of abilities, which includes collaboration and communication skills as much as a working nature of C++.

"As a modern IT leader, you need to have credibility with your staff in the department, but you also need to be someone that the people around the rest of the business can believe in," says Hopkinson.

"The points at which IT interfaces with the rest of the business are crucial. For that reason the ability to communication both ways -- from the technology department to the wider organisation and back again -- is also fundamental."