Tonya Hall brings compelling guests and stories to tech fans across the globe. 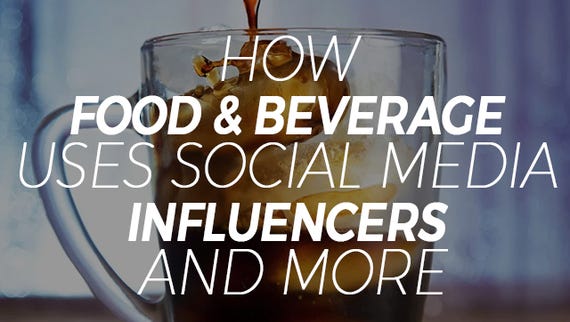 How the food and beverage industry is using social media influencers, bitcoin, and the dark web
Watch Now

Tonya Hall: Buying beverages with Bitcoin on the Dark Web. Hi I'm Tonya Hall with ZDNet, and today we're gonna talk to Mike Shneider, otherwise known as Schneider Mike. He is the chief marketing officer of BevNET. He is responsible for project NOSH and he's the host of Taste Radio Podcast. Welcome Mike.

Mike Schneider: Thanks Tonya. It's good to be here.

Tonya Hall: So what is BevNET?

Mike Schneider: BevNET's a media channel. We cover the food and beverage industries and the beer industry through various channels. We started off as a magazine. We have a website, bevnet.com, projectnosh.com, bluebarn.com. We have podcasts. We have videos. We have events. BevNet live is coming up in December.

Tonya Hall: Put that on your calendars, right? You should be there.

Tonya Hall: So you've been in the marketing space for a long time. I've known you for many years. You've worked for a variety of different companies. The product that you have now is a tangible product that you actually traditionally would go to the store and buy, you knew what you liked, you pretty much stuck to it.

Tonya Hall: Now you can actually buy things, products like beverages, online. In fact it's direct-to-consumer. It certainly changed my life. I order a lot of things on Amazon including beverages. How has that made an impact on the beverage industry?

Mike Schneider: I wouldn't say it's made an enormous impact on the beverage industry yet, but we see companies that are moving in the direction of direct-technology and direct-to-consumer. You have companies like DIRTYLEMON who have a line of, they call it Wellness Waters, and the only way that you can order form DIRTYLEMON is via text message. That gives them an opportunity to have this direct-relationship with their consumer where it's a text-relationship. It's probably like the relationship you have with your mother or something like that. So you have to think about the beverage industry and what it takes to make a beverage and get it distributed. So we're just in the space now where we're thinking about, okay, shelf-stable beverages and better refrigeration and overnight shipping, where beverages can start to think about, okay now I can start to have a direct-consumer relationship.

Tonya Hall: Does it make a difference that DIRTYLEMON specifically is all about really a health-and -fitness kind of approach? You see flavored waters are really big with the younger demographic, millennials. Does that impact, or does the fact that they're targeting millennials determine how they're gonna push out their product?

Mike Schneider: I'm sure it has something to do with it, but they're looking for differentiators just like everybody else is in this space. They've done a good job of differentiating on the value proposition for millennials, as well as the packaging is pretty hot. Adam Louras and the gang have done a good job of differentiating both from a product perspective as well as a distribution perspective. I've also seen some other things happening. You're familiar with Soylent?

Tonya Hall: Soylent's huge in the tech industry, with even a lot of tech VCs and that sort of thing. They've invested in Soylent. Soylent's really huge. What is Soylent doing that's different?

Mike Schneider: Everybody knows in the tech industry that Soylent is a meal replacement, but what Soylent has done, they were one of the first to actually go strictly direct to consumer, so they're doing some interesting things to further innovate on the distribution front. In fact, they had this really cool marketing program where they had a Dark Web channel where there's this site that you could only launch on the Tor browser, and you had to pay in Bitcoin, and things like that. The interesting thing that Soylent is finding out, is that if they want to go mainstream, the direct-to-consumer model isn't the only place they're gonna be. So they've actually gone in reverse and you're gonna start to see them in retail establishments coming up soon.

Tonya Hall: Not every beverage company is going to launch on the Dark Web and make is so that you can only use Cryptocurrency to buy their product, although very cool, and you and I might do that. Not everybody's gonna do that. You have bigger brands like the Pepsi and the Coke [companies] of the world that are certainly doing some of the things they've always done. Are they feeling an impact at all by some of these alternative marketing strategies using the web and the Dark Web?

Mike Schneider: Pepsi and Coke, I don't know if they're feeling an impact, but both of them are big on the innovation front. They have their incubators like VEB for instance, that is constantly looking at innovations in the industry and trying to find the latest and greatest thing to bring into their family, so that they can, they don't miss out on the revolution.

Tonya Hall: What about from a public-relations standpoint? Pepsi had an issue not that long ago, where they had a Kardashian [Jenner] in a video and it was perceived on the web, and it kind of blew up on social media as a less than positive commercial representing the brand. How are beverage companies, in general, responding to being able to interact with fans and consumers so immediately?

Mike Schneider: What I'm seeing the most of, is that they're doing a very good job on Instagram of activating influencers, and particularly, you'll see a lot of food and beverage companies that are activating the LA Yoga scene to get their natural food and beverage in the hands of influencers to show different-use occasions and to show people exactly how to use the products. For instance, if we can go into the food space for a minute, there was a small company that seems so much bigger than it is, because of who is actually using it, called, Coconut Cult. It's like an effervescent, almost carbonated-like yogurt, but it tastes like it's fermented. It's really good. So you got companies like that, that are activating this space of a very small number of people, to get their message out there in a very big way.

Tonya Hall: How do they go about finding influencers? Are they using social platforms just to bring them in? Are they using agencies to help cultivate that? Because of that, is that why we're seeing such a growth in this healthy drink space?

Mike Schneider: I don't know if that's the only reason that we're seeing it. I'm sure it is a reason, because the influencers do have these audiences of hundreds of thousands of people on Instagram. We talked to one last on the couple of Podcast episodes ago on Taste Radio named Olivia Ku, who has LoveHealthOK on Instagram. She talked to us a little bit about her model and how to approach an influencer and it seems to be very much, at least for Olivia, a direct brand-to-influencer relationship right now. Although I'm sure agencies are involved as well.

Read also: How the rise of micro-influencers is dependent on AI

Mike Schneider: We recently also talked to John Coogan who is the CTO of Soylent. He was talking about direct-to-consumer relationship and being very close to your data and I think the key insight that we got from John was to be able to automate yourself out of a job and bring in automation in ways that allow you to scale the company and we're still not seeing a heck of a lot. You don't see a lot of beverage companies that go out and immediately hire a chief technology officer, although I think we're gonna start to see more and more of that. It's this idea of doing whatever it takes to get closer to your consumer. But on the flip side of that, there's the idea of you can spend a lot of money marketing to the consumer, but you should also worry about whether your beverage is available to the consumer once find out about you. If you spend a lot of money on marketing and you're only available in one market, well, you better do something location based I think.

Tonya Hall: Location based. That's for a whole 'nother conversation, because you're not following me on Swarm.

Tonya Hall: Thanks Mike, for joining and sharing some insight with us on digital transformation. If somebody wants to follow you and learn more about what you're doing, how can they do that?

Tonya Hall: And I'm Tonya Hall. You can fin more of my interviews on TechRepublic and ZDNet and follow me on Twitter at @tonyahallradio.

Join Discussion for: How the food and beverage industry markets...