How Liberty Mutual used automation to transform its data center 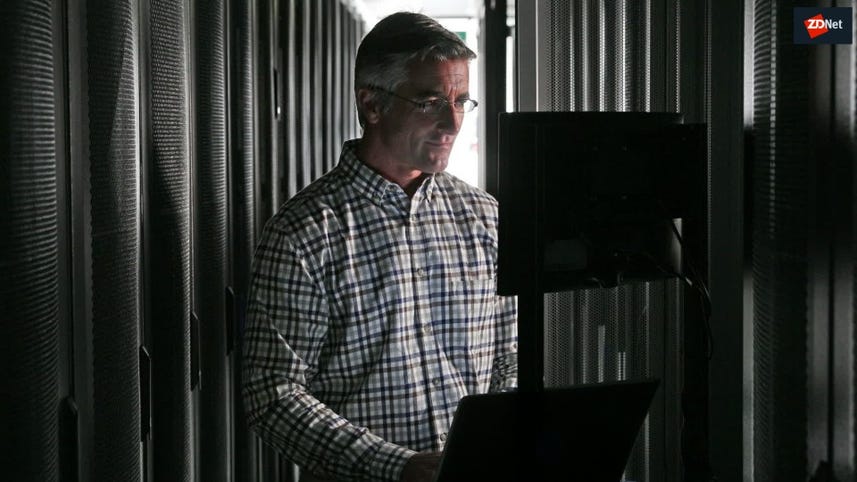 With data coming in at increasing volumes, the job of data center administration has become much more difficult, as handling and processing more information can take a lot more time than it used to. Thankfully, progress in automation has helped eliminate many strenuous manual tasks associated with management of an on-premises data center.

Not only is automation directly helpful for the employees involved, but it also benefits the company as a whole -- cutting down on processing time, saving costs, and improving the customer experience.

SEE: Everything as a Service: Why companies are making the switch to SaaS, IaaS, PaaS, and more (Tech Pro Research)

One company that experienced the advantages of data center automation was Liberty Mutual insurance company. Nearly 10 years ago, when virtualization was coming into its own as a mainstream technology, Liberty Mutual started implementing the tech with its developer teams. Starting with the developers and letting them experiment was a calculated decision for the company, because there was a lower risk than with core business applications, said Eric Drobisewski, senior architect of hosting services at Liberty Mutual Insurance; if something went wrong, the company could address the problem and recover from it much quicker at a developer level, he added.

After some initial success, Liberty Mutual decided to bring automation to more general, non-production type workloads, in order to deliver services back to their applications teams, said Drobisewski. Once the company saw success in the non-production space, that's when automation became the focus for improving overall business operations.

"At year two-to-three, we thought, 'Well, this stuff works really well, and teams are much happier with what they're getting here,' and all of our production systems started to move in there," said Drobisewski. "Over the last four-to-five years, it's become now really the core backbone of what we use for computing at Liberty Mutual, and it's largely running many of our critical business systems across the company."

When initially considering automation, the company took into account three main dimensions: Speed, consistency, and optimization. The company's data center had been lacking those three key components, which was ultimately hurting it in the long run -- especially with their customer experience, said Drobisewski.

Prior to automation, business operations like configuring core server infrastructure took approximately 30 days, said Drobisewski; but automation cut these processes down to either real time or a couple hours, at most.

"Who wants to wait thirty-plus days for anything when we live in the age of on-demand? That isn't a good customer experience," Drobisewski said. "We wanted to also offer capabilities where the business could start to experiment with things. And do that in a way that didn't cost them months of lead time to prepare for and get core infrastructures for it."

The second component was consistency, which was a big problem for the company, according to Drobisewski. Infrastructure services were previously provided and delivered to the customer manually, meaning that humans were relied on to complete a large amount of work, Drobisewski said. "As good as people are at relying on check lists and things like that, it would result in inconsistencies that would ultimately result in quality defects."

And sometimes, these defects weren't discovered right away.

"The worst thing that would happen was when those inconsistencies weren't recognized until later on, when something might have went into production, which ultimately resulted in a business failure and downtime for our applications," Drobisewski said. "[Removing human error] drove better resiliency for our application teams and better reliability and availability numbers in terms of what we were able to achieve in there," he added.

The last necessity was optimization. By automating manual tasks, Liberty Mutual could then optimize its employees to drive the company in other facets, said Drobisewski. "Ultimately, [we wanted to] drive the expense structure in a better direction than what we were doing with individual servers and long provisioning times, and move into more of a proactive operational mode, driven largely off of data and insights so that we could allow teams to really focus on some of that optimization," he added. "We were able to do that through a lot of the automation and the capabilities that we enabled around the data center transformation."

With Liberty Mutual's digital transformation expanding across almost a decade, the company has learned a lot from its experiences, especially in regards to time. "You're not going to be able to crack this whole thing in one fell swoop, or do it overnight, or even a year for that matter," said Drobisewski. "It's a journey -- it's going to take multiple years. So, it's really picking your spots and identifying where to optimize."

Not only will the process take time, but it will take people, said Drobisewski. "You have to invest in the talent. You have to invest in the people," added Drobisewski. "You must give them a line of sight to how this transition happens." Instead of keeping people in the dark, give your employees an outline of how this process will unfold, and how they will be involved.

"You can't lose the domain kind of knowledge around the technologies that you have. But, that must transform into how do we deliver these things as software," said Drobisewski. "How do we define this infrastructure's code? And how do we integrate across these traditional IT silos to deliver an outcome that the customer ultimately wants to see? How to we create an integrated solution that works well, is delivered quickly, is dependable and reliable, and ultimately, has a low cost around it as well?"