With millions of children suffering from the impact of perinatal strokes, a group of Italian researchers decided to turn to gaming tech to help provide therapy.
Written by Raffaele Mastrolonardo on March 29, 2017

Parents don't usually consider online videos and gaming consoles as the healthiest pastimes for their kids. But, as with everything else in life, it all depends on the circumstances.

For instance, if you asked Francesca and Roberto, a couple from Italy, they would tell you they'd like their son Mario, aged six years, to play with these technologies every day.

They would also add that they hope every child who, like Mario, suffered a perinatal stroke, a condition that hits 3.5 million babies globally each year and causes various levels of motor impairments, could do the same.

The best tech inventions of all time 7: Amazing medical innovations

In this series we take a look at everything, large and small, that has changed the way we do things and enhanced our lives in some way. In part seven we take a look at medical innovations that have helped the health of mankind.

And that is precisely why they went on to develop Mirrorable, an interactive platform that allows children affected by perinatal strokes to do rehabilitation sessions at home by watching videos and playing remotely with friends with similar disorders through the TV screen.

"Perinatal stroke is a very common condition but there are not many rehab programs designed specifically for kids. We wanted to change that," Francesca Fedeli, president and co-founder of the FightTheStroke association, which oversees the development of the platform, tells ZDNet.

"Our goal is to exploit technology to make effective and specific rehabilitation tools available to the largest number of kids hit by this disease. And we want them to do it in the most comfortable environment. That is, the home."

When Fedeli speaks about technology, she means mostly devices and software already on the market. The platform's toolkit is made up of an ordinary laptop with the Mirrorable program installed on it and a Kinect 3D camera connected to the home's TV.

As the cloud services are powered by Microsoft Azure, the tech package is completed with a series of toys and a book to help the kids train even when they're not in front of the TV.

The scientific idea behind the platform is to use physical objects and tech within the so-called Action Observation Treatment's (AOT) approach to neurorehabilitation. Through this method, a patient looks at a daily action and afterwards tries to execute it in context by exploiting a set of brain cells called mirror neurons.

This particular class of neurons, discovered in the 1990s by a group of Italian researchers led by neurophysiologist Giacomo Rizzolatti, is activated both when individuals perform a given motor act and when individuals observe another person doing a similar action.

In the case of the young stroke survivors using Mirrorable, the actions are magic tricks shown on TV. First, the kid watches a video where a magic trick is carefully explained by a magician. Then he or she is asked to try to reproduce it with the physical tools included in the project's toolkit, while the actions are streamed on the screen.

According to Arturo Nuara, a neurologist at the CNR Institute of Neuoscience of Parma, who oversees the scientific aspects of the project: "By observing and repeating the wizard's actions, the mirror neuron system can drive the imitative processes underlying motor learning, leading to functional-motor improvements."

Furthermore, thanks to the Kinect's motion-sensing technology, as children see themselves performing the tricks on the TV screen, they can receive positive reinforcements.

FightTheStroke's Fedeli says thanks to a previous screening, the system knows, for instance, which arm is the most affected by the stroke so it can reward the patient for using it for the trick.

For example, if children perform a series of movements with their impaired hand, they can see on the screen some snow "magically" arising from their palm. If they do it a number of times, the software recognizes their accomplishment by sending an encouragement in the voice of the magician.

But the tech-enabled AOT protocol put into place by Mirrorable doesn't stop there. There's also a social facet that the project's creators deem essential. It entails a video interaction with another patient.

At the end of each rehab session, two children perform the magic together remotely so that they can enjoy each other's company, although virtual, and measure their progress while at the same time helping each other.

The whole interaction is later analyzed by emotion-recognition software developed by Boston-based company Affectiva, to determine the level of engagement of the children and if the pairing is working and how.

At the moment, the kids' pairings are done by the researchers who take into account factors such as age and level of impairment. But for the future, when more children adopt Mirrorable, Fedeli thinks the algorithm could be of great help in that regard.

All these sensors will also help the researchers collect data to assess the impact of the rehabilitation protocol on various aspects, such as motor progress for the limbs affected by the stroke, level of engagement and adherence to the rehab schedule by the patient.

"These parameters are measured both with traditional scales and with the data collected by the motion sensors," Nuara says. "We hope that by adding this layer of digital information we'll able to obtain a detailed functional portrait of participants, to personalize the protocol and maximizing its impact."

The effectiveness of the Mirrorable platform is currently being tested in a scientific pilot project led by the University of Parma on Italian children who suffered from perinatal stroke.

In the meantime FightTheStroke is getting ready to make Mirrorable available at an affordable price to every family that needs it. To achieve that goal, the association is also looking for potential users of the platform who could eventually pay a bit more for it.

"We think there are applications of Mirrorable in areas other than health. Imagine, for example, someone who wants to get better at golf. He could do some practice at home," Fedeli says.

And by working on a more fluid swing he could help thousands of kids to live a better life. 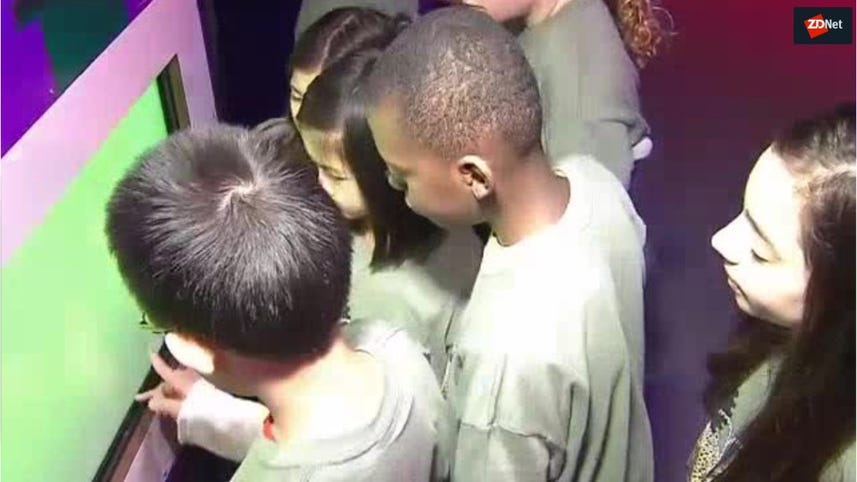