How much higher could proposed tariffs against China push laptop prices?

A new report claims that the Trump administration's latest tariff proposal on goods imported from China could raise prices on new laptops by 17 percent in the U.S. On average the report finds that a new laptop would cost $120 more if the tariffs go into effect.
Written by Sean Portnoy, Contributor on June 22, 2019 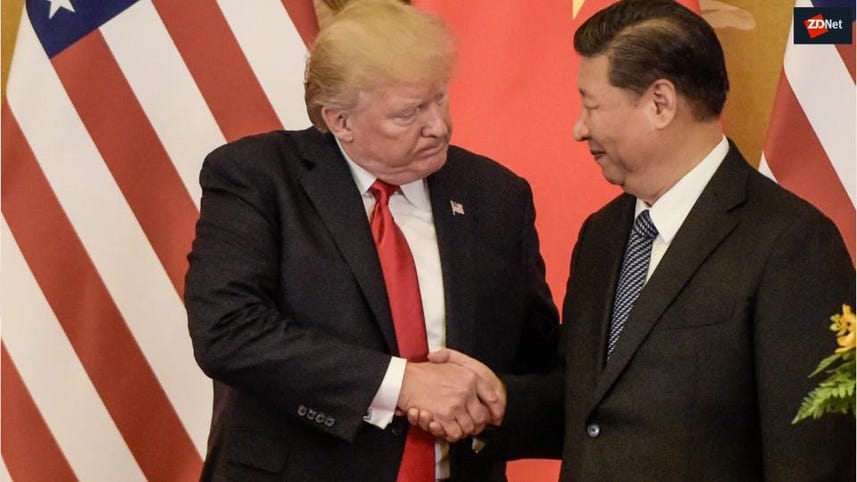 A new report has attempted to quantify just how much proposed tariffs against Chinese imported goods could raise prices on electronic devices, with the results concluding that you could wind up paying an additional $100 or more on your next laptop.

The report was commissioned by the Consumer Technology Association, which obviously has a vested interest in how the Trump administration's proposal (tariffs up to 25 percent that would affect many tech items) would impact its members' bottom lines. Nonetheless, its central premise -- that phones, laptops, drones, and video game consoles would face price increases due to the proposed tariffs -- doesn't require much of a stretch of the imagination to envision, given how many of these products either come from China or are built with Chinese-sourced components.

One notable finding from the report is that prices for laptops would likely increase across the board, not just for systems directly imported from China. While those notebooks would see the biggest increase -- an estimated 21-percent jump in the price for Chinese imported laptops and tablets -- the report believes that prices for all models would rise 19 percent. This is a bit more extreme than the report's estimates for cell phones, where it thinks Chinese import prices would increase 22 percent, but overall price would "only" rise 14 percent.

The report calculates that the price of an average laptop would rise roughly $120 if the proposed tariffs were enacted, pushing the average laptop cost to over $600 for U.S. consumers. As a result of the tariffs, laptop and tablet purchases would decline by 35 percent, according to the report. Manufacturing in Vietnam, Taiwan, and Mexico would be the biggest beneficiary of what would be a major salvo in the U.S.-China trade war, and in fact the Taiwanese tech industry is apparently already feeling the effects of the proposed tariffs.

The accuracy of the report's findings could be put to the test when and if the administration goes through with the tariffs, but one of its conclusions would still seem indisputable: Despite the tariffs, China would remain the largest importer of laptops and tablets into the U.S., commanding 80 percent of the market. The Chinese economy would definitely be hurt by the proposed tariffs, but it seems like the wallets of American consumers looking to buy a new laptop could be hurt just as much.

Don't know which home EV charger is right for you? We break it down

Don't know which home EV charger is right for you? We break it down