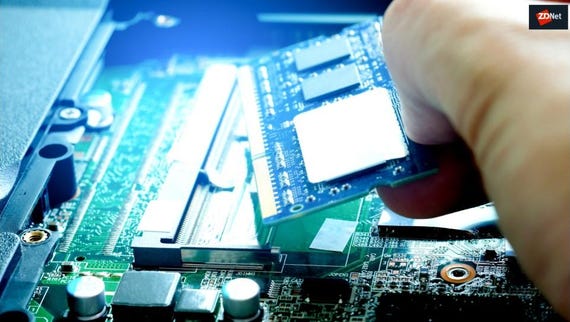 You've got a Windows PC? This is how much RAM you need
Watch Now

Here is a definitive guide to how much RAM your PCs need.

This is the minimum system requirement for the 32-bit version of Windows 10, and while I've managed to get Windows 10 systems to run on this much RAM, I really don't recommend it.

At this level even these basic tasks are going to be painful. Yes, I know, it wasn't that long ago that we were managing with a new megabytes of RAM, but times have changed. Life it too short to waste time on running systems with such limited RAM capacities.

This is the minimum system requirement for the 64-bit version of Windows 10. And while this will indeed work, chances are that there are going to be times when you yell a lot of bad words at your computer (it's amazing how many people blame "Windows" for their problems when in fact it the problem is not enough RAM).

With 2GB you should be able to do pretty much everything with your computer that a computer is capable of doing, such as gaming, image, and video editing, running suites like Microsoft Office, and having a handful of browser tabs open all become possible. Sure, the shortage of RAM is going to be a bottleneck on your system, but 2GB is enough to get some real work done.

2GB is also just enough to run a hardcore suite of apps like the Adobe Photoshop (or so says Adobe, I wouldn't want to try it), but to be honest, if you're paying that sort of money for software, you probably should invest in more RAM!

The bottom line is that if you've got a system with 2GB of RAM and it feels slow, add more RAM. If you can't add more RAM, then nothing else you do will speed it up.

If you're running a 32-bit operating system then with 4GB of RAM installed you'll only be able to access around 3.2GB (this is because of memory addressing limitations). However, with a 64-bit operating system, you'll have full access to the whole 4GB.

The difference in performance between a system with 2GB of RAM and one with 4GB is like night and day. Even on a 32-bit system that limits the RAM to a little over 3GB, the performance boost is well worth the cost. Not only do applications run faster, but you can also run more applications simultaneously, which comes in handy if you run suites like Microsoft Office or Adobe Creative Cloud (say you want to run Microsoft Word and Excel, or Adobe Photoshop and Lightroom).

All but the cheapest and most basic of Windows 10 systems will come with 4GB of RAM.

Now we're into performance territory. If you're serious about your PC, then I consider this to be the new default. If you're buying or building a machine dedicated to photo or HD video editing and rendering, or just want a fast system, then 8GB of RAM is the minimum you should consider to avoid frustration.

8GB of RAM is not expensive. Sure, get the OEM to fit it into a new system and you're likely paying a premium (especially if that OEM is Apple), but from an aftermarket supplier, this can be had for under $40.

8GB is the minimum amount of RAM new Macs ship with.

The time when more than 8GB of RAM becomes useful and starts paying for itself is when you're running several resource-heavy applications simultaneously -- especially image or video processing (even 4K video), CAD, or 3D modeling. Try running Premiere Pro, Photoshop, and After Effects side-by-side on a system with 8GB of RAM, then bump that up and feel the difference.

Bear in mind that how much RAM your system supports, along with the type and speed, will depend on your motherboard. Consult your PC/motherboard manual, or, if your PC was manufactured by an OEM, use a system checker such as the one found on Crucial.com to find out what RAM is compatible with your system.

Join Discussion for: How much RAM does your Windows PC really...