Full Bio
Posted in Between the Lines on December 8, 2020 | Topic: Innovation 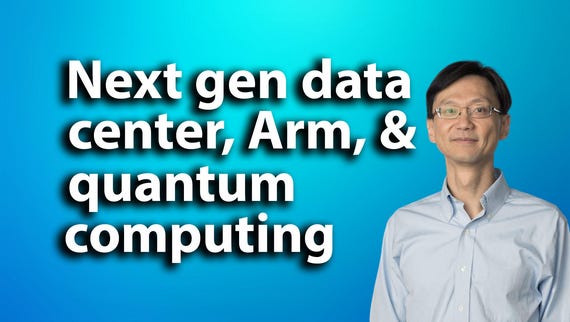 We caught up with Francis Ho Ph.D., co-head of Samsung's Catalyst Fund, to talk emerging technologies and investing.

What Samsung Catalyst Fund aims to do. Ho said that the corporate venture capital arm of Samsung is using "startups as the crystal ball." "They're the ones that can look around the corner. So our objective is to partner with the best VCs to invest in the best startups, and then somehow have some kind of win-win partnership," said Ho.

Stages for investment. Ho said Catalyst Fund uses a barbell strategy where it will invest early in startups and later. Ho said:

If you think of it as a value chain, we focus on the beginning of the value chain, that's one end of the bar bell. That would be the core technologies. This would be the future chips, connectivity, infrastructure software. We think of AI as a core technology. All of the things that are hard to do; that take a long time, a lot of science, a lot of data, that's one part of it. And then the other part that we focus a lot on would be the end result. These are the data-driven, cloud-driven, mobile-driven, AI-driven services, because we believe that by understanding that, we can have a better sense for what are the requirements for the infrastructure, which ultimately Samsung can contribute to. We would tend to invest much earlier in the core technology part, and we might wait longer to come in for the services side.

Data center and AI themes. Ho said Samsung Catalyst Fund is interested in the physical layer of technology and the bits. "Everything at a physical layer is about the bits, the information being moved around and being massaged, being stored, transported, and processed," explained Ho.

You have so many pieces moving around in terms of, bits of your code could be running here versus there. It all has to be coordinated. So automation is a very, very important trend, which is, how do I make it so that the human being who's the developer, the operator, can actually manage that efficiently. And cybersecurity attacks are going on all the time. So this would be kind of DevOps automation side of the cloud.

And then there's the huge innovation on the algorithm side. Ho said the ecosystem is creating new algorithms and driving new ideas and technologies.

Arm in the data center and RISC-V. Ho said:

What's been happening is that Arm first took over the mobile phone space, the smartphone space, improved its capabilities for really good power-performance. And it began to make inroads into data center over the past decade or so. When AWS introduced the first Arm-based compute instance in the cloud people got more comfortable running their workloads on an Arm instance. It's very active right, now entering the race to provide Arm-based data centers CPUs.

There's a new entrant called RISC-V, as you know, which is something that came out of UC Berkeley from Dave Patterson, who pioneered with others the RISC design, which is reduced architecture instruction set design. Now RISC-V is kind of like the Linux of CPUs, in the sense that it's very open. It's very extensible. It's getting better all the time. It's getting rapid adoption, especially by the new chip companies. So it's kind of seen as an exciting and a new independent force. It's got a long ways to go in the data center, but it's kind of taking its place on the edge, just like Arm did.

x86 is not going away probably in my lifetime. It's going to be there for a long time. But Arm is starting to steadily eat into its share. And then RISC-V, I think, we should watch closely, because it's hard to predict, but very exciting.

Quantum computing has become a technology that's strategic at the nation state level. It's national security level of technology. And that's because if quantum computing works, and when it works, you can do things that are probably really, really hard to do without it. So maybe you can design better materials, better batteries, better chips. You can maybe improve efficiency for factory logistics optimization. You can maybe improve climate. So there's so many things which involve complexity, manipulating many variables. You can design drugs faster if you can get quantum computing to work.

Right now there's a huge interest in quantum computing, and along with that comes some risk of hype. It's a very strategic technology, and we're going to be patient about it, and we're going to watch it and make some investments. At the right time, we can increase our internal development to match that.

Join Discussion for: How Samsung's VC arm is thinking about data...