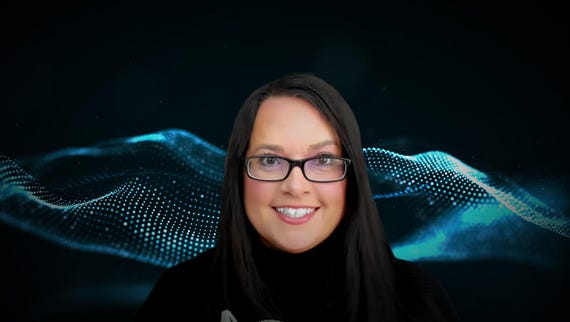 As of 2020, the UK is over half-way through a ten-year national programme designed to boost quantum technologies, which has so far benefited from a combined £1 billion investment from government and industry. The verdict? Quantum has a lot of potential -- but we're not sure what for.

Speaking at a conference in London, Claire Cramer, from the US Department of Energy, said: "There is a lot of promise in quantum, but we don't have a transformative solution yet. In reality, we don't know what impact the technology will have."

That's not to say, of course, that the past six years have been a failure. Quite the opposite: researchers around the world can now effectively trial and test quantum technology, because the hardware has been developed. In other words, quantum computers are no longer a feat of the imagination. The devices exist, and that in itself is a milestone.

At the Consumer Electronics Show in January 2020, IBM went to great lengths to remind the public that the IBM Q System One -- a 20-qubit quantum computer that the company says is capable of performing reliable quantum computations -- is gaining more momentum among researchers.

The Q System One has been deployed to 15 companies and laboratories so far, as a prototype that research teams can run to work out how quantum computers may be used to solve problems in the future.

Finding out what those problems might be is quantum's next challenge. Liam Blackwell, deputy director at the Engineering and Physical Sciences Research Council (EPSRC), said: "A lot of money has been invested, and we need to start seeing actual outcomes that will benefit the UK. The challenge now, really, is that we have to deliver."

Research teams are not leaping into the unknown: there are already a few potential applications of quantum technology that have been put forward, ranging from enhancing security with quantum cryptography to improving the accuracy of GPS.

Pharmaceuticals and drug discovery have also been identified as fields that could hugely benefit from the new technology. In 2018, for example, neuroscience firm Biogen partnered with quantum computing research firm 1QBit to better tackle diseases like Alzheimer's and multiple sclerosis.

For Cramer, though, this is only scratching the surface. "Look at laser technology, for example," she said. "Seventy years ago, people didn't think lasers could even exist, and now you wouldn't think twice about holding a laser pointer in your hand.

"It's the same thing with quantum. We can't imagine what the transformative applications will be yet; so we need to maintain a culture of discovery."

There is only one secret to achieve a successful "culture of discovery", Cramer continued: research, research, and more research. In the US, for example, the Department of Commerce created the Quantum Economic Development Consortium (QEDC) in 2018. Its objectives? To "identify technology solutions" and "highlight use cases and grand challenges to accelerate development efforts".

But it's not enough to pump money into labs. Once blue-sky research has come up with an unexplored application of quantum, the idea must still be commercialised -- and bridging between labs and industry can be easier said than done.

In the UK, the issue is not confined to quantum technology. A report by VC company Octopus Ventures showed that trillions of pounds are lost every year because of the difficulty of taking new ideas from university labs to the stock exchange.

In contrast, in the US, over 26,000 companies started in research teams from the Massachusetts Institute of Technology (MIT). Combined, these businesses have an annual turnaround of over $2 trillion (£1.5 trillion).

"The UK has a very strong lead on research in quantum, but we have lessons to learn from the US," said Elham Kashefi, professor of computer science at the University of Edinburgh. "We need to push research to the next level, to connect it to industry."

The UK Research and Innovation (UKRI), an organisation that directs innovation funding through the budget of the Department for Business, Energy and Industrial Strategy, has stressed that commercialising quantum technology would be a priority.

UKRI invested £20 million in "pioneer funding" for start-ups leveraging quantum technology to develop "products of the future". Four projects benefited from the award to develop prototypes ranging from quantum sensors that can detect objects underground, to encryption tools that keep data safe.

UKRI is now investing another £153 million in new projects, alongside a £205 million investment from industry. Presenting the organisation's plans for the future, UKRI's director for quantum technologies, Roger McKinlay, said: "I don't know what's coming next, but I hope that we can continue to support what I believe is by far the most interesting emerging technology at the moment."

Quantum uncertainty may not be resolved anytime soon -- but it's certainly worth watching.

Join Discussion for: Quantum computing has arrived, but we still...