Health tech: Researchers are working on combining sensors with off-the-shelf contact lenses for a range of medical applications.
Written by Jo Best on Aug. 14, 2018 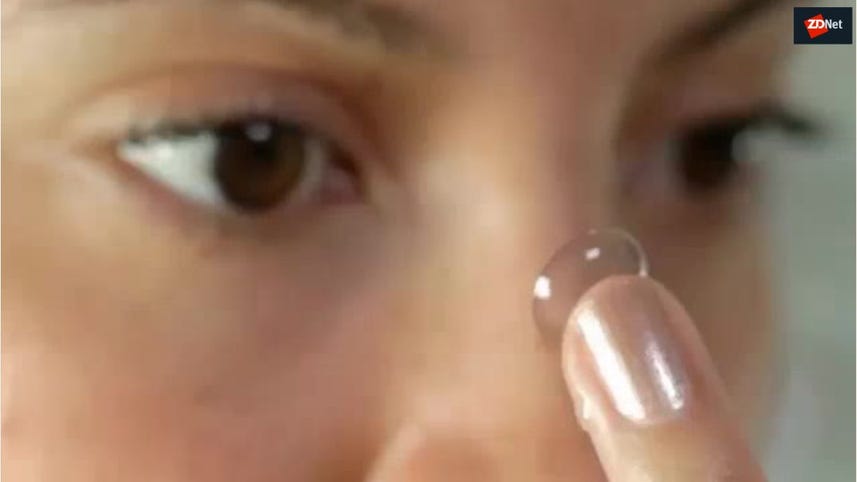 For a pair of organs that are in direct contact with the world from the moment a person wakes up to the moment they go to sleep, your eyes are remarkably resilient.

They face dust and dirt, air pollution, rubbing and poking with fingers that are clean or otherwise, even the occasional encounter with an errant object or fly -- and still keep working. They do all that, and even house the only part of the human body that doesn't have its own blood supply. What's the eyes' secret?

Tears: basal tears -- the constant, unnoticeable tears that create a thin film over our eyeballs -- are full of moisture and nutrients that are essential to keep the eye working. Now researchers believe that tears could help keep more than just the eyes in good health.

A team from Purdue University in Indiana have come up with a novel way of combining contact lenses and sensor tech to help monitor the state of an individual's blood glucose -- a key indicator of how well someone with diabetes is keeping the condition under control.

Purdue University isn't the first to attempt to crack the smart contact lens. A number of big names in both the technology and healthcare industries have attempted to make smart contact lenses that could be used to help diabetics monitor their blood sugar.

Microsoft announced its own smart contact lens research back in 2012, while Google followed suit two years later. Both hoped to create contact lenses that could monitor a diabetic's glucose level through their tears, sparing them the need to do 'fingerprick tests' -- inserting a small needle into the pulp of the finger to draw a drop of blood, which can then be analysed to give a person's glucose level.

"I was fascinated by Google's smart lens several years ago in that it can continuously monitor the wearer's health conditions in a non-invasively manner, simply by wearing the lens! But at the same time, I learned that they use their custom-made transparent lens which might limit their manufacturability, biocompatibility, and long-term wearability. Since then, I became very interested in developing an alternative way to directly construct the sensors on the surface of commercially-available soft contact lenses," Chi Hwan Lee, an assistant professor of biomedical engineering and mechanical engineering who led the Purdue team of researchers, told ZDNet.

One of the main problems with such diabetic contact lenses is wearability. Creating a smart contact lens means putting rigid, non-see-through components onto a lens that will be in direct contact with the eye. The eye might be clever, but it's also sensitive: whatever touches it over a long period needs to be gentle enough not to damage the delicate cornea, while not obstructing the vision of the wearer. It's no mean feat, but the Purdue University researchers have come up with a new approach that they hope will open the doors to the long-delayed commercialisation of smart contact lenses.

Using a new process called interfacial debonding, Lee's team were able to separate thin-film electronics from their own wafer substrate, and then print them onto another material -- in this case, contact lenses. The glucose sensors that are attached to the contact lens are covered by a "thin layer of transparent, biocompatible, and breathable polymer", according to Lee, meaning the lens won't irritate the eye or interfere with the normal vision of the wearer.

Elsewhere, other researchers are looking at alternative approaches: a team at the Ulsan National Institute of Science and Technology (UNIST) in South Korea have demoed a prototype lens where the electronic components are isolated in 'islands' that are transparent and flexible, allowing the lens to be able to move and stretch around the eye's surface.

Discoveries like Purdue's have potentially overcome one key obstacle to making smart contact lenses: combining smart electronics with off-the-shelf lenses. However, scientists and tech companies working on smart contact lenses for diabetics still have another crucial hurdle to overcome: there are still some questions about how reliably the glucose level in tears translates to the actual glucose level in the blood.

"The first challenge is that it is difficult to accurately measure a glucose level from tear films due to the lack of biomarkers and inconsistency from person to person. Many recent investigations aim to address this problem by developing either a high resolution biosensor or platform that can efficiently collect fluids in a reservoir to ensure the measurable biomarkers," Lee said.

"The second challenge is that... it is difficult to ensure the biocompatibility, breathability, and long-term wearability of the custom-built lens in a manufacturable manner. This technology aims to tackle the latter challenge while we focus more on using the soft contact lens device to treat or manage ocular diseases rather than the glucose monitoring at this point."

Glucose-monitoring lenses for diabetics are just the start: the same electronics-meets-lens combination could potentially have uses beyond monitoring blood glucose. Instead, the lens could be used to monitor numerous ocular diseases and even be used to deliver drugs directly to the eye itself.

Patients could potentially wear the soft contact lens as part of the management of chronic ocular diseases, Lee said, with sensors and stimulators accessing the corneal surface, inner eyelids or both, in a non-invasive manner. The system could be powered wirelessly "all at home, to provide the embedded therapeutic stimulation while the sensors can monitor the process. In this manner, the patient can treat the chronic ocular diseases at home, thereby eliminating the need for frequent hospital visits," Lee said.

As contact lenses are already in contact with the eye, and cause minimal disruption to the wearer, they potentially make a useful new way to deliver a measured amount of a drug directly onto the eye's surface, or monitor changes in the eye on a day-to-day basis. Work on similar devices is also being conducted elsewhere: for example, a team at Kaunas University of Technology, Lithuania is working on dissolvable contact lenses that can deliver drugs to the eyes of glaucoma patients, while a lens that monitors the pressure within the eye -- which spikes in glaucoma -- has been developed at the University of Liverpool. Glaucoma is a key cause of preventable blindness.

Lee said that "at this stage, we have established the optimal materials, design layouts, and fabrication methods to generate prototype devices" and the university will soon move onto the first stage of testing the devices.

For thousands of years, the eyes have been regarded as the window to the soul. Now, thanks to some new technology, they could be the window to so much more -- even onto the state of your health itself.

AR + VR
How to hide apps on your iPhone

iOS
Getting an internship with a tech company: Your how-to guide