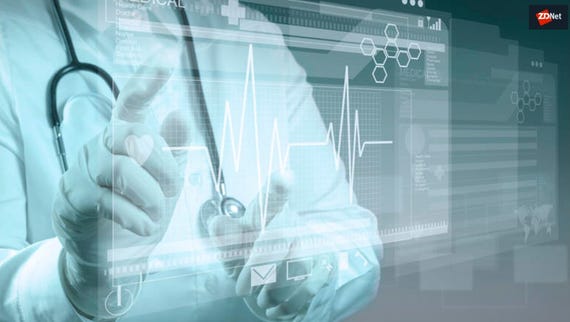 Video: Apple takes on healthcare industry from patient to provider

"We're extremely interested in this area. And, yes, it is a business opportunity. If you look at it, medical health activity is the largest or second-largest component of the economy, depending on which country in the world you're dealing with," Apple CEO Tim Cook told Fortune recently.

It's unsurprising that Apple has its sights set on the healthcare market. It's an industry that's ripe for a tech makeover, and Google, Microsoft, and IBM, among others, are all keen to show that their technology can help with the overhaul. 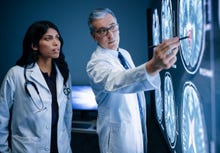 Microsoft is trying again to tackle the healthcare market with a concerted strategy involving artificial intelligence, productivity tools, and partnerships.

Apple's recent interest in healthcare can be traced back to 2014 and the launch of the Health app and HealthKit platform, which together brought health and fitness tracking to the iPhone and iPad. These tapped into the trend for individuals monitoring their health data, initially allowing the tracking of fitness metrics such as steps taken and calories burned, as well as more general wellness information such as monitoring users' sleep and menstrual cycles.

The launch of the Apple Watch the following year built on the foundation that HealthKit and Health had laid, allowing Watch users to not only better track existing health metrics, but also share that data with their physicians. It was a move that began Apple's still-ongoing process of building a bridge between consumer's interest in tracking their health, and their doctors' interest in doing the same.

After Health, HealthKit, and Watch came two more health-orientated products: a pair of frameworks aimed at healthcare organisations and service providers, rather than just their patients. ResearchKit allows scientists and medical researchers to build apps that can tap into HealthKit to gather health data from iPhone users, while CareKit enables developers to create apps that let people manage their long-term healthcare conditions.

"We've gotten into the health arena and we started looking at wellness, that took us to pulling a string to thinking about research, pulling that string a little further took us to some patient-care stuff, and that pulled a string that's taking us into some other stuff," Cook took told Fast Company last year.

It's a string Apple is still pulling on.

Historically, Apple's focus on healthcare has been largely on the consumer side of wellness, through the iPhone and Watch. Cook has been open about ResearchKit being a side project that isn't expected to make money for the company: "There's no business model there," he told Fortune.

Now, however, it appears that Cook is looking to expand Apple's B2B appeal in healthcare. In August, for example, rumours surfaced that execs from Apple and insurer Aetna had met to discuss how products like the Watch could be used to help individuals with chronic illnesses manage their long-term health conditions, rather than just enable well people to track their health and fitness.

It's a sensible match. Apple could increase sales of the Watch, which are thought to number in the single millions per quarter -- and which pale in comparison to that of the iPhone -- by selling them to insurers. If insurers can use the Watch to encourage healthy behaviours in their customers, the ROI on subsidising the devices, or giving them away entirely, is clear. For example health insurer Vitality offers subsidised Apple Watches to customers in the UK, and you can also get the device cheap through Weight Watchers.

Elsewhere, there are other signs Apple is moving more into the business side of healthcare. It seems to be increasingly moving from aiming its products at the health-freaks and the 'worried well' to targeting those with medical conditions: the company is rumoured to be working with Stanford University and American Well to see if the Apple Watch can be used to detect atrial fibrillation, a heart condition with a characteristic ECG (Apple also hired the head of Stanford Medicine's center for digital health earlier this year).

Apple has made a series of med-tech acquisitions that appear to signpost where the company is likely to go in future. In 2016, it bought Gliimpse, a health-data startup which aimed to let users gather information on their health from disparate sources and share it with the healthcare institutions of their choice -- something that, once again, seems to be targeted at managing long-term health conditions.

In the UK, the enterprise potential of Apple in healthcare has already been demonstrated. There are two major patient records healthcare companies in the country, and both support functionality that allows iPhone users to update their own medical records.

If rumours are true, then it seems likely Apple is looking to take the iPhone-patient records tie-up further, and beyond the bounds of the UK. There has been some speculation that Apple is seeking to turn the iPhone into a one-stop shop of shareable clinical data, bringing information such as allergies and prescriptions into one place and making them shareable with healthcare providers' systems.

While the appeal of such a system may be limited in the eyes of relatively well individuals, it's a different story for chronic health conditions that require multiple tests, visits to physicians from different disciplines, and managing a complex drug and therapeutic regime.

Such conditions are only going to become more prevalent as the population ages; nearly two in three people over 60 have a chronic condition, and long-term health problems account for 70 percent of in-patient bed days and 50 percent of all visits to general practitioners. As such, they account for a lot of healthcare spending, and a lot of frustration for patients who have to juggle all their health information.

Introducing a system that could gather that information together, help patients manage their own condition and monitor the effects of treatment -- as a marriage between Gliimpse and CareKit could -- would be an intriguing goal for Apple.

Could Apple take things one step further and make medical hardware as well as software? It's certainly not possible to rule it out.

In 2016, Apple filed a patent application for a wearable EEG, and reports emerged shortly afterwards that it was also working on a piece of standalone health hardware that would measure the sort of basic metrics that medical professionals use to get a snapshot of individuals' health, such as pulse rate and blood glucose.

This year, the rumour began to crystallise in the form of an iPhone-connected non-invasive glucose monitor, apparently test-driven by Cook. It's the sort of device that would be of use to type 1 diabetics, whose chronic condition that requires constant monitoring: it's hoped that in future technology could be used to ease the day-to-day burden of managing the condition.

The difficulty for Apple in moving from a consumer wellness hardware company to a medical hardware company lies in regulation: medical devices have to be approved by the likes of the FDA in the US and the MHRA in the UK. Of course, Apple could always simply release any such device as a consumer offering, ostensibly to help those with an interest to measure their blood sugar - for example, pre-diabetics trying to avoid progressing to type II.

So where does all that leave Apple, and how does it figure into the company's wider aims?

Historically, Apple has given away for free, or close to it, software that 'just works', in order to sell the hardware that gives it a healthy bottom line. There are hints that Apple may be looking to do the same here: by making health software for patients and providers that's easy to use and reliable (a rarity in the market), Apple can encourage more people to buy health-focused hardware, be it in Watch or some as-yet-unknown device. And, if it can get medical professionals to 'prescribe' such hardware, and insurers to fund it, so much the better.

However, there are clearly challenges ahead: making medical-grade hardware (as opposed to hardware that consumers use for their own medical purposes) would bring a whole lot of regulatory hurdles that Apple may think are too expensive to be worth clearing.

Instead, the company may decide to expand the health capabilities of the Watch, or bring out new hardware entirely (as its Beddit acquisition may hint at), but keep them as consumer and not medical-grade devices. Apple may yet live to see its systems inside medical devices, should med-tech companies decide to take HealthKit, CareKit, and ResearchKit and use them as the basis for future peripherals - a strategy that would resemble what it's already done with HomeKit.

With a fair wind behind it, it's not hard to imagine Apple's healthcare future looking something like this: it has hardware in consumers' hands, potentially funded by insurers, and its software in place at healthcare providers, enabling individuals to collate their own health data and share it with any party they choose. In the background, apps built on ResearchKit and CareKit could analyse anonymised data to assess the effective of healthcare and lifestyle interventions on long-term wellbeing. Effectively, Apple's well-placed to cover the whole healthcare industry from patient to provider.

How an Android-powered artificial pancreas could revolutionise diabetes management

An artificial pancreas -- a closed-loop system using monitors, pumps, algorithms, and an Android smartphone -- could be hitting the market in a matter of years.

The acquisition is the latest move for Apple into the potentially lucrative sector of IT-enabled health care.

Read more about Apple and healthcare

Join Discussion for: Apple's healthcare plans under the microscope:...