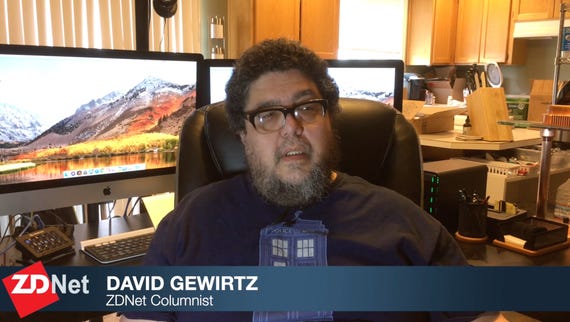 Back in the days before YouTube, video production was complex, time consuming, and expensive. It can still be complex and time consuming, but the barriers to entry are far lower.

YouTube provided two main benefits that reduced those barriers to entry. First, it provided a free method for distributing high-quality video worldwide. Most people today don't realize how expensive it was to distribute a video before YouTube made it a no-brainer. There were bandwidth fees, there were storage fees, and if you wanted your video to be watched across the ocean, you often had to do individual hosting deals on multiple continents.

One 10-minute client video we produced prior to YouTube cost thousands of dollars for bandwidth fees alone, and that was for just a few hundred views. Back then, you really couldn't do broad-reaching video without a big budget.

But now, because YouTube has removed the bandwidth budget from the equation, anyone can make and distribute a video. As we all know, millions of people do just that. Because so many people are producing videos (as well as social media posts), the cost of the gear for producing video has come down as well.

Cameras in phones are of a better quality than much more expensive standalone cameras were in the days before YouTube. Plus there's a whole industry producing specialized, yet generally affordable, video production gear (like the nifty green screen I now use) that wouldn't have had nearly the market before YouTube.

For me, the availability of those resources over the past year became a huge win.

As I've recounted numerous times now since September 2017, when Hurricane Irma came blasting through, my wife and I evacuated Florida and decided to move to Oregon. This was a two-step process. First, we found a rental house where we lived for just about a year. From that, as base camp, we were able to close out the Florida house and look for a permanent home here in Oregon.

The gotcha was that our rental couldn't just be a place to live. I work from home, so the rental house also had to provide all the work spaces I need to do my job. Key among them was the ability to produce videos, both in the garage and with a green screen.

The rental house we found wasn't perfect, but it was good enough. There was a garage, which allowed me to keep producing the DIY-IT hands-on videos.

It was very cold in that garage in the winter, so I couldn't put my office or the green screen studio out there. The only other space in the house that was big enough to serve as a combination office/green screen studio was a large space next to the kitchen. The house wasn't really an open floor plan house. The space next to the kitchen was probably intended as either a dining area or a bonus room space.

This requires space in front of the green screen. Sometimes side lights can help eliminate cast shadows, but then the structure of that studio space requires extra width to accommodate those lights. You don't need a huge space for chroma key, but about 9-foot by 10-foot space is necessary.

In the rental house, the only spot with that much space was that extra area on the side of the kitchen. So I put my office in there. As the accompanying video describes, there were ups and downs to that solution, but when you're making do, you make do.

Fortunately, there are now resources available that make making do with video production cost effective. Central among them are low-cost green screens, including the awesome one by Elgato I've listed below.

Instead of spending thousands of dollars on a teleprompter, a good one is now available for about $150. Lighting and lighting poles are all relatively inexpensive. It's even possible, with the magic of Amazon Prime, to buy and ship desks for about $50 each -- including the shipping.

I walk you through all the gear I used in the accompanying video, so I'm not going to repeat that here. However, I have included a list with links to them all below.

For software, all I used was ScreenFlow and Final Cut Pro X. I used ScreenFlow to capture all the video, and then used Final Cut (and its excellent keyer) to assemble everything into final videos. I also used Zoom.us to run the teleconference, which worked out quite nicely.

Here's my list of gear. After that, I'll leave you with some parting thoughts.

I recorded the above video in September, amid the chaos of packing to move. For those keeping track, this was our second big move in 12 months. When you're living through something like a big move, even without the added stress of whether you can find a roofer to fix your damaged home so you can sell it, and whether you can find a new house you like and can afford, you sometimes lose sight of the life lessons.

It's often just easiest to complain about the inconveniences, worry over the worries, and live bathed in stress. But there's another reality that surfaces in challenging times: resourcefulness.

We made do. Because YouTube has become such a force, the tangible tools I needed (like an inexpensive, high-quality green screen and teleprompter) were available. Plus, by keeping an eye on practical needs -- like I had to still do my job regardless of where I was -- it's also possible to meet goals and get things done.

I've learned that lesson before, but it's easy to lose sight of it. Sometimes, it takes a challenge to remind yourself that good enough can be great, that resources are out there, and that problems exist to be solved, especially if you approach them with a can-do (or even a must-do) attitude.

Now that my office area is functional and the new Mac is up and running, I can get started rebuilding the green screen studio. In this new studio space, I'll need to deal with some light management and sound reflection dampening, but it's all doable. It's just a matter of incremental problem solving and tweaking.

I'm writing this in the house we bought in a wonderful, historic, rural town in Oregon. If you told me 18 months ago that I'd be living in rural Oregon, I simply wouldn't have believed you. But change happens. And while I sure wouldn't want to live through the stress of running from a hurricane again, it's all turned out for the best. We like it here.

Stay tuned. I'll have a lot more video roundtables, a lot more hands-on how-to videos, and, of course, two or three articles every week for you to read, think about, discuss, and let me know what you think.

Join Discussion for: How to build a temporary green screen YouTube...