​How to pick the best Chromebook for school

Chromebooks are cheap, fast, secure, work well, and can fit in your eighth grader's backpack. Here's what's going on with Chromebooks in education today and how to pick the right one for you and the students in your life.
Written by Steven Vaughan-Nichols, Senior Contributing Editor on Aug. 16, 2016 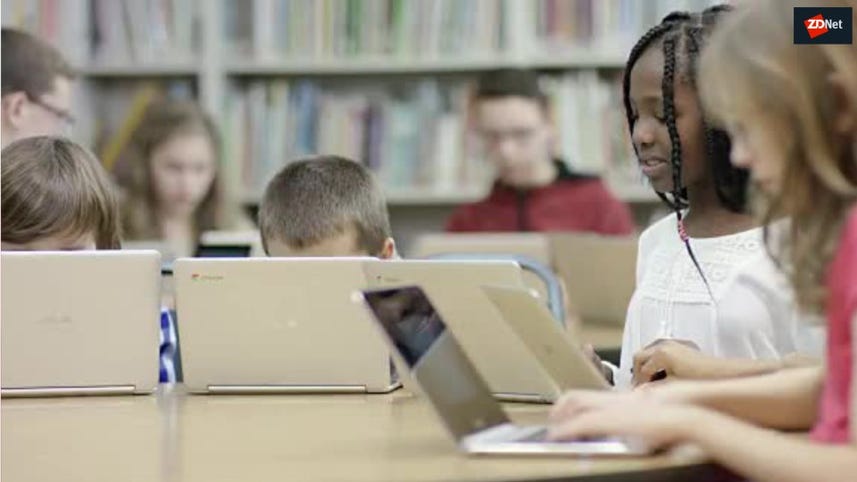 Chances are the students in your family are already using a Chromebook. According to Futuresource Consulting, Chromebooks accounted for 56 percent of K-12 school market sales. It's not just elementary and high schools. IDC reports that Chromebooks sales are now well ahead of Apple Mac sales.

Why? Because Chromebooks are cheaper, safer, and faster than Windows 10 laptops and Mac laptops.

For example, laptops are stolen every day. If your school work is in there, you're out of luck. But, if you use a Chromebook, it's no big deal. By default, all your papers, email, and notes are safe on the Google cloud. You can get your work back by buying a new Chromebook, then signing into your Google account, and you're back to business again. If you got your Chromebook from a school, Google has made it easy to disable stolen or lost Chromebooks. This makes them a useless target for any thief.

By Google's count, for schools, Chromebooks have a 61 percent lower total cost of ownership over Windows PC. They also take 91 percent less time to deploy. Based on my experiences with both Windows PCs and Chromebooks, those numbers sound right to me.

Why? Because, for example, Chromebooks require no anti-virus programs and automatically update with the latest patches without any trouble.

The upfront price is right. Valerie Truesdale, technology chief for North Carolina's Charlotte-Mecklenburg school system, was quoted in The Journal: "HP came in with a bid that is about $220 per device, which is significant when you're trying to provision 32,000, price is key."

Those same advantages work as well for you as they do for schools. For example, Chromebooks boot-up in less than 10 seconds. Generally speaking, they have great battery life. And, as the cash-strapped school systems have noticed, Chromebooks cost far less than equivalent Windows laptops, and let's not even talk about MacBook prices.

Some people are still under the illusion that Chromebooks can't be used when they're offline. That's not true. I write documents, answer emails, read ebooks, listen to music, and watch movies on my Chromebooks without a Wi-Fi signal to be found. I'm just as productive on my Chromebooks when I'm offline as I am when I'm using Linux, Mac OS X, or Windows desktop without an internet connection.

Besides, as a work colleague in New Zealand told me, "The schools here in New Zealand are heavy consumers of Chromebooks. They perform really well; no one has complaints, and the more adventurous students install Crouton [which enables you to run Linux on a Chromebook] and compile silly demo apps they download from wxPython, FLTK, or any given open-source framework site."

In addition, on some newer Chromebooks, you can now run Android apps. With 1.5 million Android apps, I think we can safely say now that Chromebooks will do just fine for almost any use without a Wi-Fi connection.

So, which is the best Chromebook for your school use? My recommendations are in the gallery below, but you might want to consider getting a used Chromebook instead of a new one. You see, it doesn't take much of a processor, RAM, or storage for Chromebooks to run well.

Top five 2016 Chromebooks for school and everywhere else

Until recently, I was still using my June 2011 Samsung Series 5, the first commercial Chromebook. I only got rid of it because I didn't need it anymore. It's still working just fine today.

While I wouldn't recommend getting a Series 5, even used 2014 models such as the Acer Chromebook C720P or HP Chromebook 11 cost only about $150 and run as well as ever. You see, unlike Windows PCs or Macs, Chromebook don't get cluttered with junk software or the remains of old, uninstalled programs. Additionally, Chrome OS is very lightweight. It doesn't require the latest hardware to work well.

When considering a used Chromebook, you should also keep in mind that while clearing personal data off a Mac or Windows PC can be a titanic struggle, getting rid of personal information on a Chromebook is a snap.

Whoever logs into the Chromebook next is its new primary owner. That's all there is to it.

That means you can trust a used Chromebook to not have malware hiding on it. It also means that it's safe and easy to move on to another Chromebook when the one you're currently using doesn't meet your needs anymore.

So, what should you be looking for in a Chromebook?

Generally speaking, RAM isn't a problem: 2GB is enough, though 4GB is better but not necessary.

The processor also doesn't have to be that fast. If all you're going to do is light web work, say Google Docs and email, even the slowest CPU will be fine. That said, if you want more oomph, you'll want to avoid ARM processors and look to the faster Intel CPUs.

One thing you will want is 802.11ac Wi-Fi. Chromebooks can work without Wi-Fi, but they show to their best advantage with a fast Wi-Fi connection. Of course, if your school only still supports 802.11n Wi-Fi, you don't need to worry about it. Like on all networks, you can only go as fast as the slowest link. In this case that would be the 802.11n Wi-Fi's real-world maximum of 100Mbps.

Storage? Don't worry about it.

True, Chromebooks don't come with much storage. They average 16GB to 32GB of solid state drive (SSD) storage or up to 500GB of hard drive space. Don't worry about it!

Chromebooks store almost all your data on Google Drive. And, by the way, whenever you buy a new Chromebook, you get two years of at least 100GBs of free Google Drive storage.

You also can't run Windows PC or Mac-specific programs on a Chromebook. You can, however, run Microsoft Software-as-a-Service (SaaS) applications, such as Office 365, in a Chromebook.

If you absolutely must run a Windows or macOS specific program, you can run them remotely with Chrome Remote Desktop or Chrome RDP. If your school uses Citrix for virtual Windows desktops, you can also run Windows apps from your Chromebook with Citrix Receiver. If you're going to take any of these paths, you want to use a Chromebook with a fast x86 processor and not an ARM CPU.

The bottom line is Chromebooks are great for students and they are none-too shabby for any users. I've largely replaced my use of high-end Lenovo ThinkPads with Chromebooks, because they cost less and work better for my purposes. Give one a try, and you may become a Chromebook fan too.