How to switch from Windows 7 to Chrome OS CloudReady

If all you're doing with your Windows 7 PC runs off the web or the cloud, you can move it to CloudyReady, the Chromium OS-based operating system.
Written by Steven Vaughan-Nichols, Senior Contributing Editor on Jan. 14, 2020 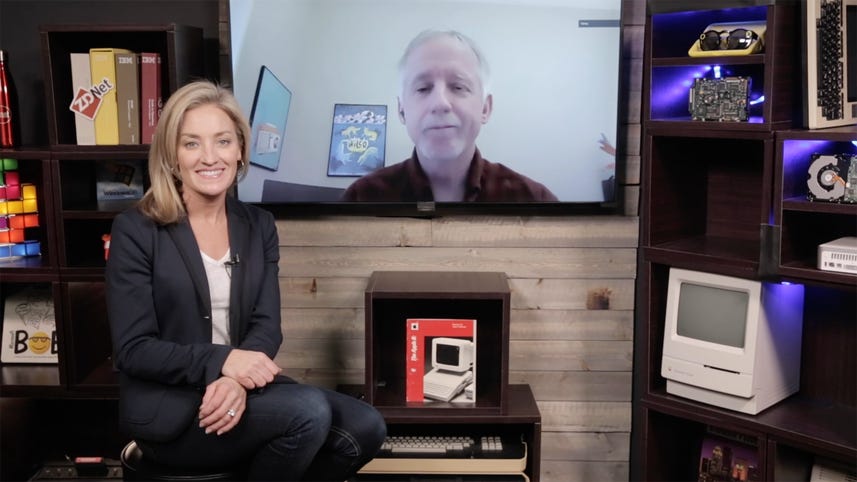 Yesterday, a friend asked what he should do since Windows 7 has come to the end of its supported life. I asked him what he uses his computer for. He replied, "Email and Facebook." He added that he has no interest in moving to Windows 10. He's far from the only one. About one in five users have stuck with Windows 7 to the bitter end. And, really, for his purposes, who can blame him? For him, Windows 7 just works. So, rather than try to convince him to move to Linux, I suggested he consider Neverware's Chrome OS variant, CloudReady. Here's how to do it.

The reason I suggested this rather than my own favorite operating system, Linux Mint, is that my buddy's not a power user. You don't need to be Stephen Hawking to run Linux, but it helps if you're tech savvy. For an ordinary Joe or Jane, Google's Chrome OS is usually all the operating system you need and it's easy to use. If you can use a web browser, you can use a Chromebook. But Google doesn't offer a ready-to-run version for ordinary PCs. Enter Neverware.

The company took Chrome OS's open-source foundation, Chromium OS, and built its own version on top of it: CloudReady. It was designed for schools to give their old PCs new life with G Suite for Education while managing them with the Google Admin Console. Businesses, other organizations, and individuals can use it too.

The main reason to use this as a Windows alternative is its ease of use. It's also free for individual users who don't require Google Admin tools. The only difference between the home version and the two business ones is is it doesn't come with technical support or access to Google Admin Console.

Besides giving your Windows 7 PC a new lease on life, you'll find it will make it peppier. CloudReady is much lighter on system resources than any version of Windows.

You also don't have to worry about CloudReady being shut down by Google. Google's invested in CloudReady, so I see little chance that it'll compete with this Chrome OS fork.

Also: Why and how to replace Windows 7 with Linux Mint

That said, there are some caveats. First, this is a one way trip. When you install CloudReady, you're destroying your old Windows installation. So, just like you should before any major operating system change, you must make a backup of your files.

You will also be unable to easily access your local drive. This operating system relies almost entirely on Google Drive for storage.

By default, Google gives you 15GBs of storage for free. You can get more storage on Google One starting at 100GBs for $1.99 a month or $19.99 a year. If you elect to make CloudReady your primary operating system I recommend uploading all your personal Windows files to Google Drive.

Fortunately, you can try out CloudReady first by running it off a live USB stick. Then, if you decide you like it, you can back up your system, install CloudReady, and bid Windows adieu.

Second, if you make this move, you're locking yourself into the Google cloud ecosystem. Now, that's fine by me. I'm writing this on Google Docs. But, if you're not comfortable with Google, this is not the operating system for you.

Want to try it? Here's how.

First, you'll need an 8GB or larger USB stick. Since I recommend you try out CloudReady before moving to it, I'd get a 16GB to give you plenty of room to play with it.

While CloudReady will run on most PCs with 2GBs of RAM and at least 16GBs of hard drive space, the company warns that if your PC dates from 2007 or earlier it won't work well.

For the best results, check Neverware's certified hardware list to make sure your PC is supported. The company adds, if your machine isn't on the list, it does not mean that it won't work with CloudReady. "When we say a device is certified, it simply means that we guarantee that it will work."

Rather than download CloudReady and use a generic USB burner app, Neverware wants you to download its CloudReady USB maker on Windows 7 or higher using these steps:

Linux gaming made easy: The fastest way to get up and running

You also do this on macOS -- yes, you can run CloudReady on Macs as well -- but the company recommends you make the USB stick on Windows machines.

Once you've downloaded the USB maker, check to see whether you're running 32 or 64-bit Windows. On Windows 7, you do this as follows:

Armed with the knowledge of which version you're running, then:

From the resulting list of possible boot devices, pick the one corresponding to the CloudReady USB stick. If all goes well, you'll first see a mostly white splash-screen, followed by a welcome screen. On this display do the following:

That's all there is to it. You'll now be using your PC pretty much just as if it were a Chromebook. Go ahead and play with it for a while to see if it meets your needs. Make sure all your peripherals work normally. If something doesn't work right or you just don't like it, just log out, shut down the system, take the USB stick out and reboot. You'll be back to Windows 7.

Now, if you decide you like what you see, and you've backed up your files, go ahead and leave your USB stick in and reboot into CloudReady.

This time around after CloudReady boot ups, we'll delete Windows 7 and your files (Last warning: Make sure you've backed up your files) and install CloudReady as your desktop operating system. So, ready? Set! Go!

When the installation is done, your PV will shut itself down completely. When you're sure it's powered down, unplug your CloudReady USB drive and turn it back on. Congratulations! You've replaced Windows 7 with CloudReady.

Productivity
How to switch between ChromeOS dark and light themes

How to switch between ChromeOS dark and light themes