Dear jurors, here's how to tell the difference between an iPhone and a Samsung phone

As yet another jury contemplates the difference between Samsung and Apple phones, here's a primer to help them along the way.
Written by Chris Matyszczyk, Contributing Writer on May 17, 2018 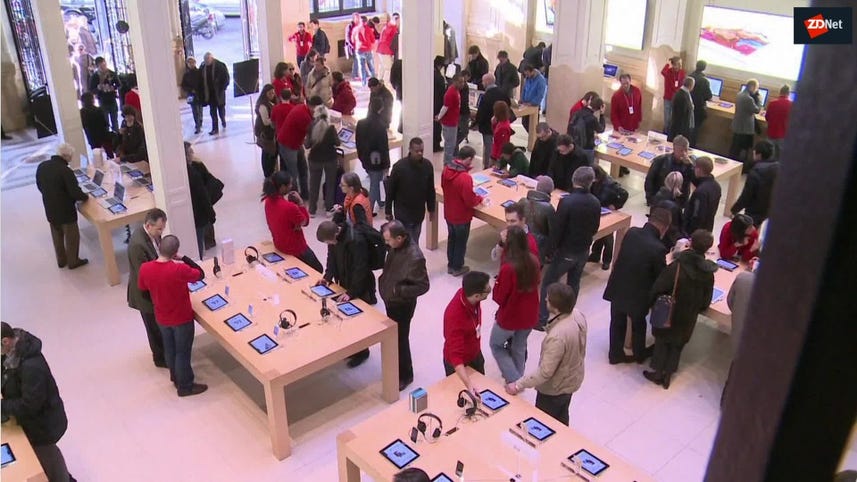 It's one of the trials of the decade.

The others being the previous Apple vs. Samsung trials and the ones that may still be to come.

Should you have been unaccountably incarcerated in a deep eyrie for the last few years, you may not know that these two great companies have been constantly fighting over who copied what from whom and who had the patent on some tiny part or rounded corner first.

We're now arguing over how much Samsung should pay for having been found guilty -- in the last episode -- of copying, well, something of Apple's.

Samsung is arguing that it maybe, maybe may have copied some little bits of the iPhone. Apple, on the other hand, true to its holistically revolutionary roots, insists that the Korean company copied bits important enough to affect the whole thing.

Because revolutionary design is the sum of all the iPhone's parts and Jony Ive's exquisite eyes.

Judge Lucy Koh, again trying to keep these two huge companies in order, must feel like she's not in San Jose, but San Groundhog Day.

So to assist with proceedings, I thought I'd try and help the jury distinguish between an iPhone and a Samsung phone.

This is important, as the court has discovered it's hard to find jurors with any remaining semblance of objectivity.

After all, most jurors will likely have one phone or the other. Or even both, if they lead a corporate or double life. Moreover, even though the case surrounds phones of yore, the design principles haven't changed that much over the years.

I don't want to get into the finer legal niceties. You're surely far better than me at that.

Instead, I'd prefer to clarify why it's always been easy to tell the difference between Cupertino's creations and Seoul's.

The iPhone was always a little on the cool side.

It was something of limited proportions and desperate not to appear to flashy. Just flashy enough, you understand.

It enjoyed the design purity of Prada, rather than they garishness of Gucci.

When it came out, it began to incite envy because, well, people adored it and it made vast amounts of money. Who's not envious of that?

Even though most technologically inclined types believed the iPhone was a pretty toy for halfwits.

When Samsung managed to channel its envy into creativity, it didn't produce simple iPhone clones. Really, it didn't.

Instead, it offered a two-pronged attack. One, be bigger and shinier. Two, mock the living daylights out of those risible too-cool-for-schooler Cupertinians.

Each prong was equally effective. The former made Samsung phones look different. The latter managed to make Apple fanpersons seem like sheep, with a greater need for belonging than a mind for discernment.

Which made Samsung users look different.

Dear jury, that's all you need to know.

Please, I undertook an experiment during the 2012 version of the Apple vs. Samsung trial. I went to Best Buy in an attempt to mistake an iPad for a Samsung Galaxy Pad.

I couldn't do it. There really wasn't that much similarity at all. And, indeed, Judge Koh even gave my article to the jury after the trial for them to read. (Among 41 others, that is.)

My hope was that she wanted them to pass the word along that there was really nothing to see here. Even if Apple had won, so very near its hometown.

It's little different in your case, dear jurors. You know, because you've lived with this my-phone's-better-than-yours nonsense for a long time, that it's easy to tell the difference between an iPhone and a Samsung phone.

The iPhone's the one that you see slightly more often on TV held by beautiful people and the Galaxy's the shinier one that gets its software updated around once every new iPhone release.

Or, in Samsung's view, the iPhone's the one that's copied everything Samsung did for the last 10 years.

Send a message to these companies to stop with all this patent absurdity.

Award Apple a meal for ten at Manresa in Los Gatos and Tim Cook a guest appearance as a patent attorney on "Silicon Valley" and tell them to just stop.

Do it, most of all, for Judge Lucy Koh.

If you think you're suffering through this trial and its lawerly preening and posturing, just think what she's going through.

Wearables
Why would Apple recycle old chips in the new iPhone?