The Chromebook 11A G6 Education Edition is a rugged 11-inch laptop powered by an AMD APU, offering 10-hour battery life. A 14-inch model is on the way, too.
Written by Charles McLellan, Senior Editor on Jan. 23, 2019 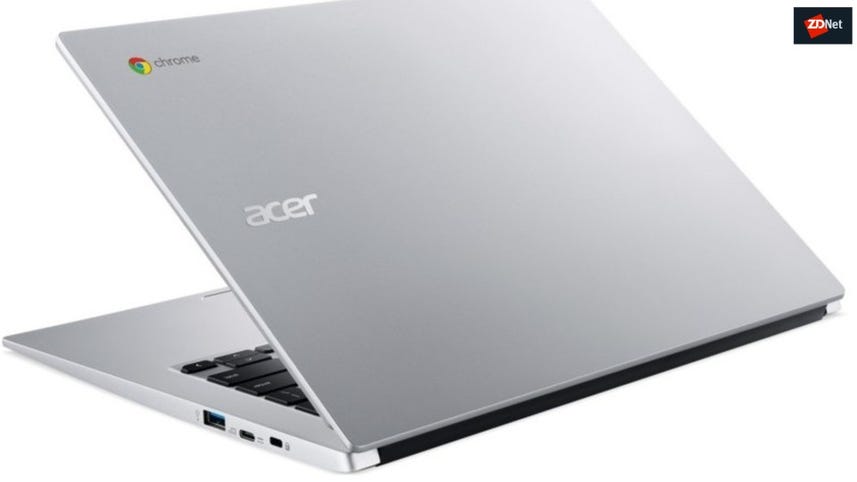 The 'digital transformation of learning' is a major focus for tech companies these days, and HP's mission is to "increase the operational efficiency of schools", said Gus Schmedlen — the company's VP, Worldwide Education Solutions Organization — at a pre-BETT event in London on Tuesday. To that end, HP has now added AMD processors to its roster of Chromebooks for education.

First out of the blocks will be the HP Chromebook 11A G6 Education Edition that Schmedlen described as a "bespoke AMD-powered, Google Chrome-powered device" with "all of the rugged features that make an Education Edition, built for schools and designed for learning."

Although it's just 19mm thick and weighs 1.28kg, the Chromebook 11A G6 EE is MIL-STD 810G certified, with a strengthened corner design, co-moulded rubber contact points and a tough 180-degree hinge. All this allows it to survive a 70cm drop onto concrete. Also helping the device cope with classroom abuse is a spill-resistant keyboard.

The Chromebook 11A G6 EE is powered by AMD's A4-9120C APU, backed up by 4GB of RAM and up to 32GB of eMMC storage. The AMD chipset has two CPU cores with a base clock speed of 1.6GHz (2.4GHz max boost), and there are three GPU cores. The A4-9120C has a TDP (Thermal Design Power) of 6W, helping the Chromebook 11A G6 EE to deliver claimed battery life of up to 10 hours. HP Fast Charge support allows the laptop to charge from zero to 90 percent in 90 minutes, according to HP.

The Chromebook 11A G6 EE comes with HP Classroom Manager, Student Edition, and is expected to be available in EMEA in February, starting at £299.

HP also announced, but didn't show off, a second AMD-powered Chrome OS laptop, the Chromebook 14A G5. This is a "large-format 14-inch Chromebook suitable for enterprise, but also suitable on the desks, in the homes, in the bags — wherever teachers go, all over the world," said HP's Schmedlen. Few specs are available yet, but the 14A G5 is described as 'durable' with USB-C connectivity and optional features including a backlit keyboard and an HD or FHD-resolution IPS screen.

The HP Chromebook 14A G5 is expected to be available in EMEA in April, starting at £329.

HP updates Chromebook education edition lineup
The systems, likely to be among many rolling out for education, will be available in April as tech vendors position for the upcoming school year buying cycle.

Windows is coming to your Chromebook
If there are a couple of Windows applications holding you back from using a Chromebook, Google will soon let you run Windows 10 on your high-end Chromebook.

CES 2019: Asus launches Chromebook Education series with trio of laptops, Chrome-running tablet
In addition to the company's first Chrome tablet, the lineup includes 11.6-inch and 14-inch notebooks and a 14-inch convertible. The four new devices sport rugged features to protect against the wear and tear of student usage.